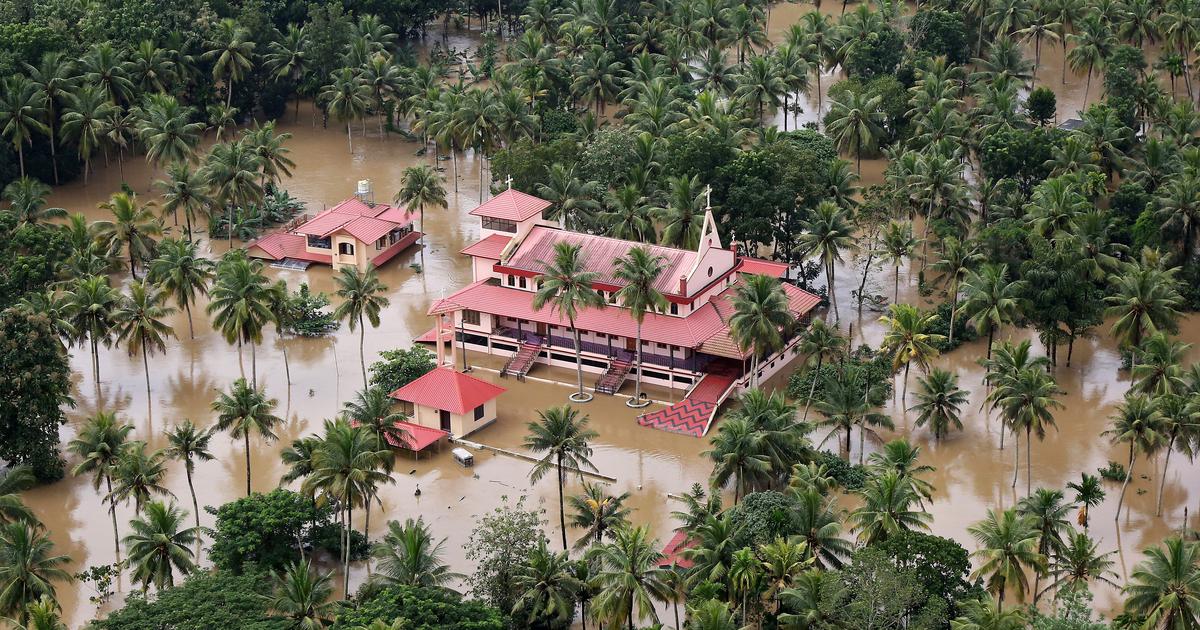 Kerala struggles with one of the worst tragedies India has seen in the form of floods. The state with the highest literacy, but also a dense population, has already seen a death toll that has reached almost 400–and it is still rising. While help and relief is pouring in from the government, different states like Jammu and Kashmir, West Bengal, and Odisha, tech and telecom companies are helping survivors and rescue efforts.

In the midst of a natural disaster, connectivity becomes the most pressing of problems, as life teeters on the edge of chaos. Several tech companies, internet platforms, and apps are helping to maintain this much needed connectivity. Here is a list of such companies that are trying to ensure Kerala flood victims get every chance to survive.

Facebook’s Safety Check feature is allowing users to mark themselves as safe on the social media platform. It has also started a Crisis Response page that collects data from dependable sources in relation with Kerala floods. The platform claimed that 487 people have donated so far via the Crisis Donate Button on its Crisis Response page. Facebook itself has donated USD $250,000 to the Community Resilience Fund for Goonj, an NGO that is at the forefront of relief and recovery providers in Kerala. People can also donate to Goonj or the Kerala Chief Minister’s Distress Relief Fund (CMDRF) through the Facebook India page, which caters to more than 200 million followers.

Twitter hashtags such as #KeralaFloods and #KeralaFloods2018 are also connecting people on Twitter Lite. Affected people and relief groups are using these hashtags to find appropriate information.

Amazon India is collaborating with many NGOs. At the same time, the company is encouraging its customers to donate the goods that NGOs are requesting for. To donate via Amazon India, users can select an NGO from a list, add to cart the products they desire to donate, pay for the same, opt for a gift registry address, and pay for those items. Amazon and the NGOs it has partnered with will then make sure that the donated items reach the selected relief camps. NGOs in the list are Oxfam, Goonj, World Vision India, and Habitat for Humanity.

Zomato is making the effort of contributing food to flood victims in collaboration with the Akshaya Patra Foundation. Users can donate vegetarian or non-vegetarian food for 3, 6, or 10 people via ‘Help Kerala’ banner in the ‘Order Food Online’ section, which has been activated by the app. The meal prices for these meals range from INR 90, INR 180, till INR 300.

Along with the Japan rains, Google has activated its Person Finder tool for Kerala as well. Tracking as many as 15,000 people, the tool is helping connect victims with their loved ones.

Google has also introduced a feature named Plus Code, via which flood victims can send 10 to 11 digit codes to potential rescuers. This code reveals their location down to a few metres. To use the feature, a user has to zoom in to their location to the maximum, and touch and hold the location till a pin drops on the map. An address will appear at the bottom, which any other user can find and locate the sender. Google Maps Plus Codes first came to India in March this year.

Google has also added pinned locations of a host of relief and rescue centres on Maps. Victims can access the location and head there to seek shelter, food, water, medicines, essentials, volunteers, ambulances, and even Jeep rescue.

Truecaller has connected its platform with CMDRF, enabling users to contribute through Truecaller Pay. To begin the process, users have to first link their bank account’s UP ID.

Paytm has collected INR 30 crore from its 12 lakh users within a week for relief work in Kerala. Since donations to the relief fund are completely exempt from tax, people can contribute to CMDRF through the Paytm app or website.

Along with Goonj, Big Basket is urging customers to contribute products to be delivered to victims. The company has come up with five bundle packs of various basic items that customers can buy and send to flood victims.

Prepaid customers in Kerala can avail data and calling benefits from different telecom operators such as Airtel, Jio, Idea Vodafone, and BSNL. Telecom operators are also offering extension on bill payments for postpaid users. They can also avail uninterrupted services since disruption resulting from Kerala floods has harmed connectivity.

A Kozikhode-based social networking app, Qkopy, is helping spread traffic related information regarding the floods. To take advantage of the app’s benefits, the user has to save the Kozhikode City Traffic Police phone number (9497975656) in their phone. This prompts the Qkopy app to send instant updates shared by the police. These updates are one-way communication alerts that inform about the condition of different areas, so that people know whether to avoid or visit them. The app is free to download and use on Android and iOS devices.

As global warming becomes a reality with each passing day, it seems the world must prepare for many more natural disasters. Granted, technology isn’t always available for help to victims. Even smart devices need charged batteries, functional phone and internet connections, and intact infrastructure.