Laptop Magazine may know which computers are great now, but they also have their head in the future. Here are 15 predictions they have for the technologies we’ll still be using.

Though voice recognition, handwriting recognition and gesture control will all become more accurate and popular in the next two decades, my son will be typing his term papers like his dad and grandfather did before him. Until mind-control text entry becomes ubiquitous, typing will remain the most accurate method for composing and editing text. We just don’t speak the same way that we write.

Though physical keyboards are in danger of becoming extinct on phones and tablets, their virtual equivalents will live on. On larger form factors like notebooks, the feel of real plastic keys will not be surpassed. Whether virtual or real, the QWERTY layout, which first appeared in 1878, will continue to dominate.

Some say we’re entering the post-PC era, but I couldn’t disagree more. Sure, people are spending more time on their smartphones and tablets than their traditional Windows or Mac OS-based desktops and notebooks. But when it’s time to do real work, particularly if that work involves multitasking, the PC is still king and always will be.

By 2030, the size and shape of PCs may change. Some may even argue that, with their speedy quad and dual-core CPUs, phones and tablets are becoming PCs. But whatever the form factor, productivity-oriented users will need primary computers with plenty of dedicated processing power and a multitasking friendly OS.

More than 15 years after it was first introduced, we can’t imagine life without USB, a nearly ubiquitous standard that allows you to transfer data and power to everything from your keyboard to your external hard drive and monitor. Some believe that competing standards like Intel’s high-speed Thunderbolt connection will win out, but they just don’t have the install-base to overcome USB, and history is against them.

Over the past two decades, many have tried to put USB out of business, but the bargain bins at computer shows are filled with pretender adapters like FireWire 400 and eSATAp. With nearly every mobile device using USB as a charging standard and USB ports even being built into wall sockets, this standard is only going to grow in the years ahead.

My son may be using USB 7 when he’s in college, but he’ll be using USB to charge his gadgets and connect peripherals. In fact, with advances in power over USB, he may even use a USB port to power his notebook and his big- screen monitor.

With cloud services becoming more prominent and broadband getting faster, many people believe that in the future, we’ll be keeping all of our files online. They’re wrong. In college, my son will be storing all his most important data, including his applications, on a local solid state drive (which will use something better than NAND flash).

Even when most of us have 1000 Mbps broadband, local storage will always be faster and more secure than a remote drive on someone else’s network. If you want to run large programs like games or professional-grade video-editing apps, you’ll want them on your PC’s storage drive. Also, even in 2030, there will be plenty of places where Internet access will be unavailable or unreliable.

Even as bandwidth, processing power and storage capacity increase, we cling to a lot of the same file formats we used back in the early 1990s, because they’re standards. Though high-end DSLRs can generate uncompressed RAW images, most devices shoot photos in JPG format, simply because everything supports JPG, from grandpa’s old Netscape 3 browser that he refuses to update to mom’s brand- spanking-new digital picture frame.

In 2030, my son will still be shooting photos in jpg format, viewing JPGs on websites in his browser and uploading JPG files to his social media accounts, which may or may not be the same services we use today.

In 2030, just as today, nearly all of my son’s gadgets from his smartphone to his laptop and his electric or hybrid car will be powered by lithium-ion batteries. Over the years, the energy density of the batteries will increase to fit more mAH into a smaller space and the cell life will improve to several thousand charge cycles.

A number of promising new battery chemistries like lithium-air and nanowire are under development, but if these technologies pan out, they won’t hit the mass market for many years. After all, lithium-ion batteries didn’t go mainstream until the late 1990s, even though scientists began developing them in the 1970s.

By the time my infant son enters his freshmen year of college, we will have long since stopped dividing websites up into “pages,” because dynamic content refreshes will have eliminated the need to load an entirely new URL for each screen of content you interact with online. However, HTML, which has been the lingua franca of the Web since 1991, will remain the format we use to build the online applications and publications of the future.

My son will be coding his freshmen year programming project in HTML 8 and doing all his research on a World Wide Web programmed in some form of the language.

There’s some debate about whether plastic credit and debit cards will be totally replaced by mobile payment systems in the next few years. However, there’s no doubt that, in 2030, my son will carry a wallet with cash in it, because we’ll still be using paper and metal money well into the future.

In the information age, paying by cash is the best way to keep your purchases anonymous. Aside from simply preserving your privacy, paper money is a great shield against identity theft, because the payee doesn’t even get your name, let alone an account number. The government would probably love to end the use of cash, because it allows payees to keep illegal transactions off the books, but paper money is the only form of payment that doesn’t require a third party like a bank to get involved.

It’s unlikely that my infant son will have a desktop PC in his college dorm, but he will have a clamshell-shaped notebook. Even if most PCs eventually have screens that pop off to become tablets, or keyboards that attach as covers as on the Microsoft Surface, the utility of a design where the keyboard sits perpendicular to the display and then snaps closed will remain unmatched.

In a recent article, Time’s Harry McCracken writes about the history of the clamshell form factor that originated with 1982’s Grid Compass 1101: “It’s hard to imagine any design rendering the clamshell utterly obsolete. No matter how astonishing computers are in 2082 and beyond, I’ll bet that some of them will have a screen, a keyboard and a hinge in the middle. Why would the world want to give up something so fundamentally useful?”

Since 1997, the 802.11 standard has dominated wireless connectivity. Every smartphone, tablet and notebook comes with an 802.11g or 802.11n compatible radio built-in, and every home and business has a router that supports both of those standards.

Today, we use Wi-Fi to stream video from our notebooks/tablets/phones to our home theaters via DLNA, WiDi or even the upcoming Miracast standard. We even have Wi-Fi Direct now, which allows sharing files directly between devices, without the use of a router.

There’s no doubt my son will have some form of 802.11-based Wi-Fi in his college campus, at home and in the dorm. Even as most users get their Internet via some form of cellular connection like LTE Super Advanced, there will be an increased need to share connections and local data via Wi-Fi.

With the popularity of Facebook, Skype, Google instant messenger and Twitter, some think that email is about to be replaced by other forms of messaging. However, when my son receives his college acceptance letters in the spring of 2030, he’ll be getting them via the same old email system we’ve used in more or less the same format since the 1970s.

Whether it’s via POP, IMAP, Exchange or some other protocol, email is an open system where anyone can email anyone else, without having to sign up for an account with a particular company. Can you imagine a future where you have to sign up for Facebook to message one of your clients and Google to contact your congressman?

As I write this list, I’m grooving to my music playlist on a pair of headphones connected to my smartphone via a 3.5mm audio jack. My son may not listen to Barnes and Barnes’ “Fish Heads” in a loop for three hours like his dad, but he will still be using 3.5mm audio jacks when he’s in college.

Despite the advent of wireless Bluetooth headphones and convenient USB headsets, almost every notebook, tablet, media player and phone has at least one 3.5mm jack. There’s just too much invested in backward compatibility with 3.5mm headphones for a big change to occur in the next two decades.

Though printer technology changed rapidly over the first two decades of the PC era, we’ve now settled on two standards: ink jet and laser. Since color laser is clearly superior and is close to achieving price parity with ink jet, laser will be the way everyone prints in 2030.

Of course, by the time my son is in college, a lot of people won’t even own printers because everything, from your showing the TSA your airline boarding pass to handing in your term paper, will happen digitally. However, for those that still need to output on paper, laser printers will be the standard.

When my son enters college in 2030, fewer people will have cable and all viewing will occur on demand. However, the dedicated TV set will continue to function as the center of a shared viewing experience in the living room and other communal spaces. Functionally, there may be few differences between the smart TV of the future and a large external monitor, but users will still want a screen that’s specifically designed for the home theater.

My son may not have a TV in his dorm room, because he’ll be able to watch whatever he wants on his mobile devices, but there will be a large TV in the common room where he and his classmates can watch the game together.

After a nuclear war, only two things will survive: cockroaches and Microsoft Office. Since it overtook competing products from Lotus and WordPerfect in the 1990s, Microsoft’s productivity suite has dominated the business and academic worlds. While you can use Office-compatible products like OpenOffice.org and Google Docs for free, the authentic Office remains the standard for IT departments, institutions and home users everywhere.

My son may be using “Microsoft Tiles 8” as his OS in 2030, but he’ll still be typing up his papers in some version of Office, as will most of his fellow students, his teachers and the boss at his internship. 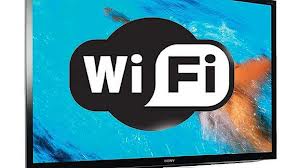 Wifi-Ready Television - Really ready or not? 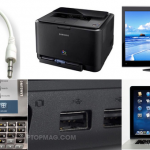