All that glitters: As gold goes digital what’s the future of tokenisation of real-world assets?

Blockchain based FinTech is welcoming gold, silver, and other entities as tokenised real-world assets. What does this mean for investors and what are regulators saying?

Digitisation via blockchain has brought currencies online, so that we make payments and transfer money without ever laying our hands on it. The world is going paperless.

However, currencies are always subject to inflation, so that long term investments often turn out to be much less than an investor plans. Enter tokenisation of real-world assets.

This means not just money, but gold, silver, real estate, expensive art, all are going online, with gold, as always being a crowd favourite.

Kitco, a Canada-based provider of news and data on gold and other precious metals, is coming up with a gold-backed stablecoin, Kitco Gold. They claim the stablecoin will be wholly supported by physical gold stored in Kitco’s own reserve vaults and will track gold’s real-time market value.

Not just money, but gold, silver, real estate, expensive art, all are going online, with gold, as always being a crowd favourite

According to the S&P index, gold has performed well in 2020, delivering about a 27% in return.

All this is possible because of blockchain. The World Economic Forum conducted a study that predicted that 10% of global GDP to be managed by blockchain infrastructure by 2027, as numerous different digital assets come to exist on the same financial platform.

So what are tokenised real-world assets? How does it work? Why should we use them? Will it really take off in the long term?

The Tech Panda asked this of Tarusha Mittal, COO and Co-Founder of OroPocket, a platform that claims to provide an alternative investment platform that enables users to have financial freedom and owned funds. 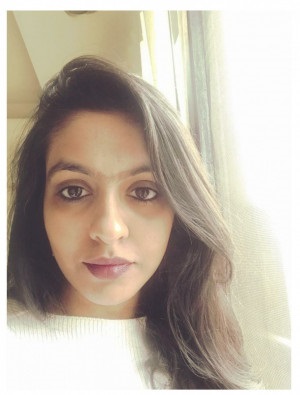 Tokenisation puts an end to the long drawn paperwork process. In the long run, adoption of asset tokenization will ensure transparency and immutability, which means a person won’t have to undergo the tedious legal hassles

“Asset tokenization is the way to go forward,” she predicts. “Tokenisation puts an end to the long drawn paperwork process. In the long run, adoption of asset tokenization will ensure transparency and immutability, which means a person won’t have to undergo the tedious legal hassles. “

“It would also result in lesser hurdles in a person’s investment journey with the add on advantage of lesser fees. It would also bring in the factor of inclusivity and fractional ownership i.e., mitigating the risk of ownership of a high-value tangible asset like gold, silver, or any other asset,” she explains.

What is Tokenisation of Real-World Assets?

Tokenised real-world assets refer to asset classes such as real estate, classic cars, watches, or gold, silver, and diamond that can be brought on blockchain systems to allow investors to easily invest in them.

“Tokenisation of real-world assets allows an investor to build an enhanced portfolio with small quantity, all while keeping a solid risk distribution,” Mittal explains.

Tokenisation of real-world assets allows an investor to build an enhanced portfolio with small quantity, all while keeping a solid risk distribution

She further explains that tokenised real-world assets are 100% insured, backed by an actual physical asset, and held by a custodian, ensuring user interest is held paramount. They are never held by the company. Insured assets, which are completely tokenised, are not only in the custody of the company but also a custodian.

On platforms like OroPocket, users can send their stable coins like USDC to the smart contract and instantly receive the equivalent amount of gold and silver into their wallet.

Gold is Just the Beginning

We all know that the value of any currency won’t be the same ten years down the line, the reason being inflation. So, it is important to find the right investment plan to hedge against inflation.

For instance, gold has always been considered a hedge against inflation, and many people also consider gold an alternative currency.

“Gold acts as a safe haven for those looking for shelter from more traditionally volatile investments, like stocks, as it is less risky. Gold is also considered a good hedge against inflation, because the rising cost of goods and services tends to wear down the value of the dollar,” says Mittal.

Stocks, ETFs, real estate, oil, artwork, all are on the roadmap for tokenisation with OpenDeFi

Blockchain platforms today are beginning with gold and silver, as they are traditional stores of value. Moreover, the global market for these account for trillions of dollars.

“But stocks, ETFs, real estate, oil, artwork, all are on the roadmap for tokenisation with OpenDeFi,” she says.

Investing in Digital Gold During a Crisis Like COVID-19

As the pandemic continues to upend our world, where investors are being more careful than ever, investing in digital metal is the safest alternative for those who consciously want to stay away from investing in stocks, advises Mittal.

In fact, she says, there are many takers for gold.

Many investors have supported the fact that compared to traditional means of investment, where even the Nifty Fifty companies failed, gold is a safe bet

“Many investors have supported the fact that compared to traditional means of investment, where even the Nifty Fifty companies failed, gold is a safe bet. The price of gold (normally evaluated in dollars) moves in the opposite direction to the greenback. Reason, if the US currency gains in value, then it takes fewer dollars to purchase a small amount of gold,” she says.

How Ready Are Regulatory Agencies to Accept Tokenization of Real-World Assets?

The debate about regularisation of tokenization of real-world assets has been ongoing for a few years now. According to the OECD’s 2021 Regulatory Approaches to the Tokenisation of Assets, OECD Blockchain Policy Series, a tailor made approach to building a framework, depending on the market stage, is a good idea.

As a part of the long-term effect of blockchain in the world, Mittal believes that tokenization of real-world assets will happen in due course. However, the progress will be slow at the beginning.

“It will continue to face challenges in the initial phase, as most projects in the DeFi space are facing bias towards the use of technology to achieve their goals,” she says.

As a positive step, central banks are now open to discussing whether they should develop a tokenised version of our traditional currencies and to whom they should make it available for.

For example, The Banque de France has been calling for applications to experiment with a central bank digital currency for interbank settlements. Their aim is to not only explore the potentialities offered by the technology, but also to identify concrete cases integrating Central Bank Digital Currencies in innovative procedures to clear and settle tokenised financial assets.

Other examples, like the launch of the SDX platform for digital assets by the Swiss Stock Exchange, are a strong indication of how serious the world is about this kind of finance. This in turn paves the way for speculation and ultimately formation of laws.