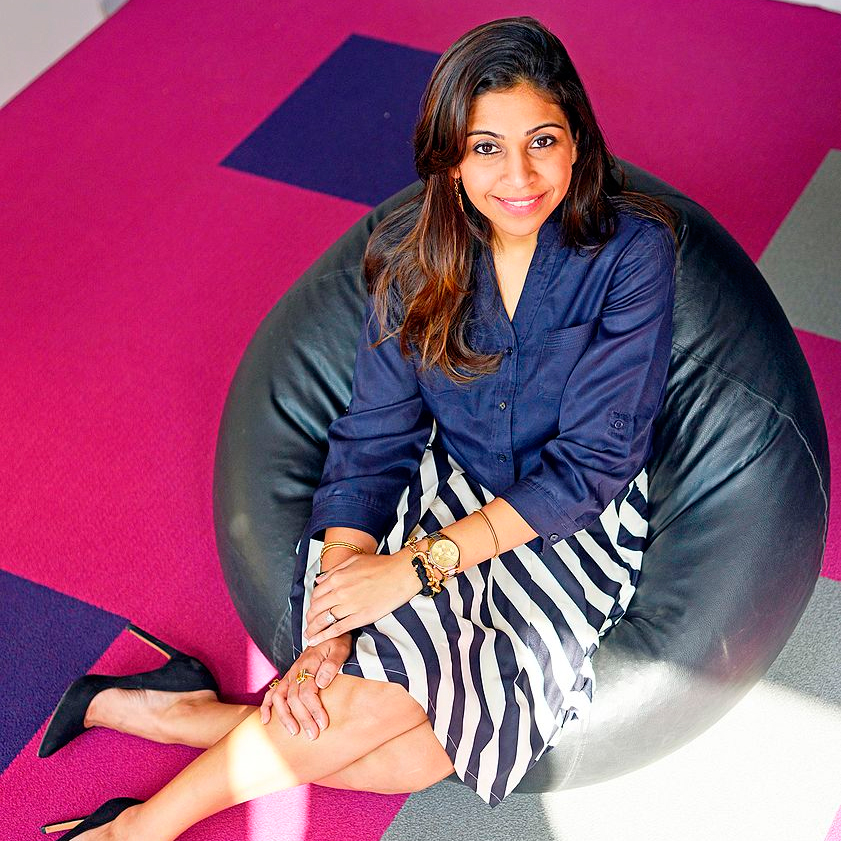 Anisha Singh, the Hurricane in the Indian Entrepreneurship Storm

India is being commended for its burgeoning tech market, and Indian women entrepreneurs aren’t lagging behind. Anisha Singh, along with Arjun Basu and Ashish Bhatnagar, is the founder of Mydala, which is the second company that she has started. The Mydala site describes her as ‘’hurricane Anisha,’’ and a genuine self-described Dilliwali sardarni. With an MBA from the US, Anisha has worked for the Clinton Administration to help women entrepreneurs raise funding for innovative women-led businesses.

She first ventured into the Indian startup market with Kinis Software Solutions, providing digital content to US real estate companies. Mydala, which was launched in 2009, was a concept that already existed successfully in China and the US. Now, Mydala, which means ‘my group’ in Sanskrit, has more than 130,000 merchants and 30 million registered users across 209 cities.

Anisha is a staunch supporter of women entrepreneurs and when asked in an interview to YourStory about the source of her motivation said, her two daughters, one aged four and the other six months old, make everything worthwhile. She also states that she got all the support she needed from her husband, parents, and in-laws.

“We need more spotlight on women…  More women need to step forward and mentor, encourage other women to think without second guessing.” She envisages that like men, women too can build networks and take advantage of it.

Mydala is a merchant marketing platform, which helps service businesses by connecting them to the right consumers. Mydala is also a helper for the Indian online shopper, who is just waiting to pounce on the perfect deal. The Mydala website lists scores of deals for restaurants, grocery, entertainment, travel, body art, spas, salons, and fitness, to cash in on for a small price.

As an entrepreneur, Anisha faced challenges such as the right people to recruit, funding sources, and now, which countries to expand in on a global level. It seems China might be Mydala’s choice for expansion seeing that Entrackr has reported a potential deal between Mydala and Chinese retail company Meituan-Dianping to raise $80-$100 million.

Anisha, who has spoken at Start-up India, Surge, WIRED London, TEDx, One Globe Conference, TechCrunch and GMIC, was also selected as a Rising Talent for 2016 by the Women’s Forum, in France. She is also the winner of the e-INC / eTales Awards for e-Commerce Entrepreneur of the Year 2016 and Zee TV’s Women Achiever Award for Outstanding Young Entrepreneur 2016.

In a blog post in Huffpost last year on Women’s day, Anisha thanked all the men who supported her as a woman entrepreneur. “I know that International Women’s Day is all about celebrating women and how we’ve gotten so far as a gender, but I wanted to shine the light on the fabulous men who support the women in their lives.”

The Indian startup market is no alien to women entrepreneurs. Every year, many Indian women are bringing their dreams to fruition fueled by their grit and determination. Apart from Anisha Singh, we have Radhika Ghai Aggarwal who, along with Sanjay Sethi, co-founded online shopping hub ShopClues. Upasana Taku, along with Bipin Preet Singh, co-founded MobiKwik, the semi-closed mobile wallet and online payment platform. Infibeam, which provides online retailing, e-commerce, software, and internet services was co-founded by Neeru Sharma.