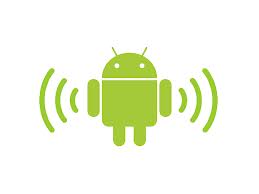 Earlier this year, a vicious Android malware known as DroidCleaner was terrorizing Google’s app emporium, and it sounded particularly terrible. In addition to performing typical feats of wickedness, the malware also had the capability of targeting a user’s PC for spying purposes.

According to security firm Kaspersky Labs, the alleged “cleaner” app had the ability to infect (older) Windows computers once the contaminated Android device was plugged in. Once a computer was infected, the malware could then take over the computer’s microphone and eavesdrop on conversations. Awful.

Kaspersky’s Victor Chebyshev said DroidCleaner is especially clever and robust, with such “features” as sending/uploading/deleting SMS messages, enabling Wi-Fi, gathering device information and uploading all contacts/photos/coordinates from the infected device.

As long as Android is open and free, there’s going to be malware. For the most part, problems largely lie in the darker, lost alleys of the OS’s ecosystem, so actually experiencing any issues is unlikely. But a new family of malware, dubbed “BadNews,” was just squatting in the Google Play store, and has allegedly been downloaded up to nine millions times by Android users.

According to Lookout Mobile Security, the malware works by swiping phone numbers and serials numbers, and sometimes even pushing a trojan onto devices called AlphaSMS. The apps have since been taken down after their initial discovery, but it’s worrying they evaded Google’s tightened anti-malware security at all. They were apparently not in the apps to begin with; the malicious software was inputted through an “ad network” after the fact, which is why nobody noticed in the first place.

Hopefully now that the crafty hackers have been found out, no other similar issues will arise. Of course, seeing as they were able to skirt Google’s security, other malware could be out there. However, the search giant has been working to eradicate a lot of excess from its digital playground, so issues like this could be fewer and fewer in the future.