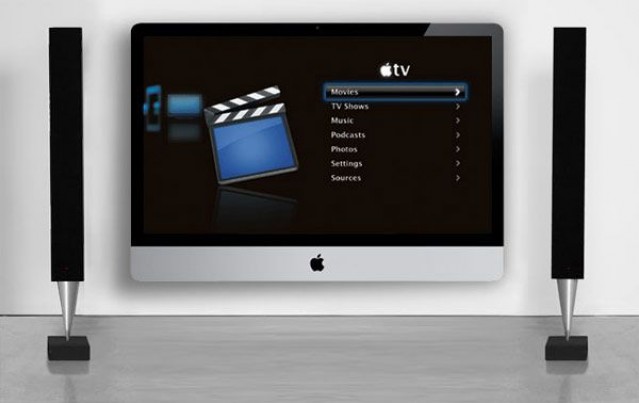 Apple iTV to Have an iRing, Be Compatible With an iWatch Apple has a knack of reinventing every market that it enters. Pretty soon, Apple will be entering the television market and probably will reinvent that too.

Topeka Capital analyst Brian White took a trip to Taiwan to see what he could find out about Apple’s plans, and is reporting just the sort of juicy details that we’ve come to expect from the company that reimagined music players, mobile phones and tablet computers.

White, according to Business Insider, believes Apple has developed an “iRing,” an accessory that acts “as a navigation pointer for ‘iTV,’ enhancing the motion-detection experience and negating some of the functionality found in a remote.”

White also said that the iTV will come in 60- and 50- to 55-inch options, and that each iTV will come with a “mini iTV” that users will be able to direct content to. The mini iTV will be able to connect to its big brother from up to 200-plus yards, so a user can carry it into the kitchen, the backyard, a bedroom, etc.

The interaction between “iTV” and making phone calls will be an important feature of this experience, while the “iWatch” and the “iRing” will provide increased mobility around the home, supplanting the need to carry a smartphone around the house.

Finally, we believe consumers will pay approximately $1,500 to $2,500 for the “iTV” package. The price will be based on the number of “mini iTV” screens in the package and the screen size of the “ITV.”

Also, we are being told that “iTV” could be subsidized by certain service providers to expand the market opportunity.

While Apple has not confirmed that it is working on a television, CEO Tim Cook gave a nod to the idea, telling NBC’s Brian Williams, during a Dec. 6, 2012, interview that the television market “has been left behind” and feels outdated by decades.

“It’s an area of intense interest to us,” Cook said.