The trial of Apple versus Samsung is once again providing some interesting insight into a company as secretive as it is successful.

Apple Senior VP Phil Schiller testified on Friday that, following the iPod, Apple was looking for another category it could reinvent. The iPod, Schiller said, allowed Apple to move beyond being a successful but niche player in the computer market. “This really changed everybody’s view of Apple both inside and outside the company,” Schiller said on Friday, resuming testimony that began toward the end of the day on Tuesday.

People suggested all kinds of things Apple could do, Schiller recalled: “Make a camera, make a car, crazy stuff.”

Schiller said the company had been working on the tablet computer that would later become the iPad, but decided to shift its attention to the phone.

“At the time, cellphones weren’t any good as entertainment devices,” Schiller said.

Apple is charging that Samsung “slavishly copied” the iPhone and iPad, infringing on various patents, and seeks more than $2.5 billion in damages. Samsung denies that, and also argues Apple’s patents should be declared invalid.

To bolster its case of the iPhone and iPad as revolutionary, Apple is having Schiller go through a list of reviews for the iPad and iPhone. We’ll spare you that part.

Schiller also noted that with both the iPhone and iPad, there were plenty of doubters.

With the iPhone, Schiller recalled top executives from Palm and Microsoft predicting the device’s failure.

“Probably the biggest reason was that Apple had never had a phone before,” Schiller said. “They expected we would fall on our faces.”

There were similar concerns voiced about the iPad, Schiller said, with plenty of people in the tech industry doubting the success of a device without a physical keyboard, particularly for content creation.

Schiller revealed some interesting statistics on just how much it spends on iPhone and iPad advertising. In fiscal 2008, the company spent $97.5 million on iPhone ads in the U.S. alone. That figure climbed to $149.6 million in 2009 and reached $173.3 million for all of fiscal 2010. On the iPad, the company spent $149.5 million in 2010. (Note: The iPad figure was briefly stated incorrectly.)

Schiller was asked what his first reaction was when seeing Samsung’s first Galaxy S phone.

“I was pretty shocked at the appearance of the Galaxy S phone and the extent to which it appeared to copy Apple products and the problems that would create for us,” Schiller said.

“Customers can get confused as to whose products is whose,” Schiller said, noting that particular challenge with billboards and TV advertising “where customers only get a glimpse of the product.”

Competition is great, Schiller said, saying plenty of people compete with Apple fairly, developing their own products with their own design. But Schiller said when company’s copy they are trading off the goodwill and investment Apple has made.

Schiller said he was even more shocked when he saw the Galaxy Tab.

“I thought ‘They are just going to copy our whole product line,’” Schiller said.

Schiller said that some customers are choosing to buy a Samsung product because it looks like Apple’s product. Then, as a result of owning that device, Schiller said, they are more likely to buy another Samsung device.

“I absolutely believe it has had an impact on our sales,” Schiller said.

Now it is Samsung’s opportunity to cross-examine Schiller.

Samsung’s attorney is working to get Schiller to agree that once you have a software keyboard, there is an opportunity to remove a physical keyboard and therefore have a physical screen.

He gets half. Schiller agrees that you can remove the physical keyboard but says there are many factors that go into screen size.

Samsung is going to try, over the course of the case, to lay the foundation that a large rectangular screen is an obvious outgrowth of having software keyboards. This was a part of its opening argument.

Schiller now being shown an email between two Apple employees with one discussing that there were many things that the iPhone wasn’t first with, but was rather the first commercially successful with those features. For example, the LG Prada had a big touchscreen and, when it comes to being the first with lots of apps, the e-mail notes that Palm had 10,000 or more apps prior to 2005.

Samsung’s lawyer is focused on trying to get Schiller to agree that some of the design characteristics of the iPhone are “functional” versus “ornamental.” He’s not using those words, but that’s the goal. That’s because Apple is asserting several design patents in the case and design patents are limited to features that are ornamental and not functional.

Next up, Samsung is trying to show that people take a lot of time when making a phone as it is a major purchase. The goal here is to rebut the idea that customers are confused into buying Samsung products.

Samsung’s lawyer asks if Schiller has heard the iPhone home button as the belly button.

“The kids refer to it as the bellybutton,” he said. “It’s an innie.”

Schiller said he hadn’t heard that. Neither have we.

Schiller was asked by Samsung’s lawyers if Apple plans to change its design with iPhone 5.

Apple, of course, objected, but the judge overruled the objection. There was just enough time for all the press in the room to drool and imagine getting details on the next iPhone.

Schiller, though, said he would rather not give confidential information and Samsung didn’t press the point.

Schiller testified that Apple was going for a certain “lust factor” with the iPhone. Schiller was asked by Samsung’s lawyers if Samsung’s designs with multiple buttons create that same “lust factor.”

With that, Schiller is excused and Senior VP of iOS Scott Forstall is brought in. He probably won’t get to say much other than name, rank and serial number before lunch, though.

A couple tidbits. First, Forstall says about 1,000 people report to him.

Also, asked when he first met Steve Jobs, Forstall said it was during his 1992 job interview at NeXT, the company Jobs started after leaving Apple. Forstall said he was being interviewed by someone at the company when Jobs burst in. The two conferred outside and Jobs returned and asked a few questions.

The original interviewer returned, saying, well, if there was any question whether Jobs was hands-on, there you go. 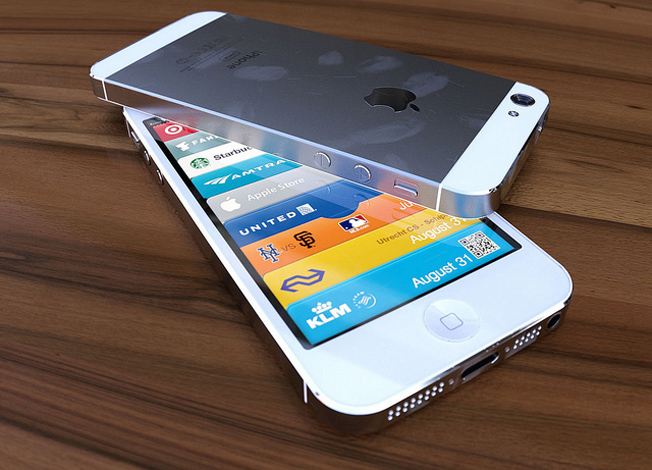 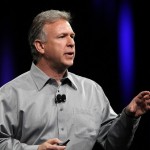