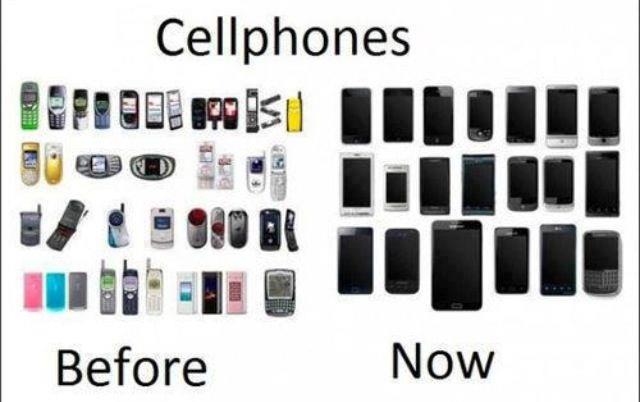 Are Smartphones Missing the WOW Factor Once upon a time, in an age of dial-up modems people used cell phones to talk and text.Surprise!!!

Those phone are now called feature phones aka dumb phones. They came in various shapes and colors and some even bordered on craziness. Anyone remember Nokia 3650? Fast forward to 2007, Steve Jobs unveils the forbidden apple(no pun intended) – the iPhone. It truly was an WOW moment as Apple enchanted the world with a shiny new toy that could do a lot of stuff besides trivial tasks like talking and texting. Google built upon the momentum by forming the Open Handset Alliance and releasing Android as an open-source mobile operating system that OEM’s were free to tinker around and improvise (I am definitely not talking about the custom UI skins that more often than not distort the user experience).

Android’s wild growth and technology helped in reducing the costs and increasing the smartphone penetration. Every phone manufacturer began launching flagship products each year and promised it to infinitely better than the product they launched just a year back. But all these so called ‘new features’ comprised mostly of larger screens, more pixels per inch, multi-core processors, NFC and a lot of other parts that power the phone. The internals of the phones kept changing but the design was pretty much the same – black/white shiny rectangles.

Of course these changes are essential and the phone manufacturers must definitely be lauded for their efforts to consumerise the latest technology and making it affordable. But none of the phones have managed to captivate the audience like the first iPhone did. Even Apple has not been able to recreate the magic in its successive iterations. though trade pundits would argue otherwise. Though nothing is wrong with the current iPhone design but I still hoped that Apple would release something more than just a taller iPhone.Whatever happened to the fun and cool quotient of owning a cellphone?

Voila…Let there be some colors!

In an otherwise black and grey world, Nokia splashed some colors when it launched the Lumia line of Windows Phone devices – brightly colored phones sporting a chic new UI. Though the Lumia series was not a hit but it still managed to breathe some life in the smartphone design and the cool quotient was back. Though some might argue that the bright fuchsia and cyan are ‘unprofessional’, at the end of the day its a matter of personal choice. If people like it, then they gotta build it, right?!!

HTC seems to be smitten by the splashy color bug too as they have soaked up their recent lineup of WP8 devices in bright colors like the Limelight and Californian Blue. Android phones get a bit of color love from Samsung which currently sells its flagship device Galaxy S3 in various colors like Pebble Blue, Garnet Red and even a pink one – hear that ladies!

The current trend of smartphone designs are definitely a welcome change but I am still waiting for something so awesome that would just blow my mind away. Until then, I am getting back to my black Omnia.