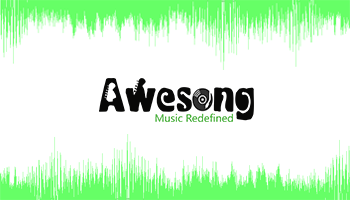 Surely, you would gain a world wide visibility of your startup when you step up the podium to present yourself. Same was the case with one such startup – Awesong.in which was selected in the top 10 to present in the business plan competition of MITGSW 2016 Hyderabad.

As soon as Awesong.in pitch ended, it received the loudest applaud from the crowd. 140+ startups were present in the delegation which included investors, mentors and founders from different accelerators program. Even the judges praised highly about the idea of Awesong.in quoting “Hats off to you guys”, which followed immense networking sessions of different people with Awesong.in

Awesong.in can be described as India’s largest cover song and unplugged song portal of India. Within a span of 1 year, Awesong.in is able to generate MoM escalated user growth and decreased bounce rate as low as 8% – which was a surprise to all. Awesong.in has created a music marketplace where budding singers can release their first ever song from nearest studio at very minimal rate which will provide promotional activities across the platforms. This idea has created a disruption between the masses.

The WhatsApp module is also on a full swing. People can now register through WhatsApp directly by sending their name and email address on the number +918602701681 and they can receive downloadable cover and unplugged songs directly on their smartphone.

This music business is different than other music businesses and music websites as it deal in a niche market which is cover songs and unplugged. MITGSW 2016 saw many startups and was one of the biggest portal of networking of investors with emerging and disruptive startups. Awesong.in won all the heart in the competition and was surely people’s champion. The winner of MITGSW 2016 was a startup from USA named Takachar who used to create fuel from the waste. Its tagline goes as “From Waste to Solid Fuel”.