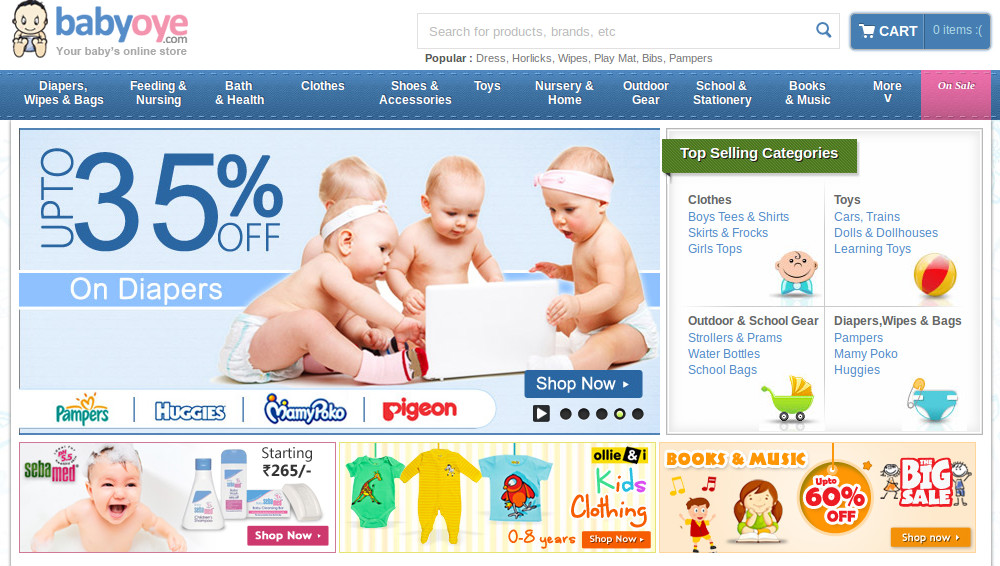 BabyOye Claims to have Reached the Gross Merchandise Value of Rs 5.85 Crores Earlier this year, Babyoye acquired Hoopos.com, another e-commerce site operating in the same space, in an all-stock deal. The combined venture also raised $12 million in a fresh round led by early stage venture capital firm Helion Venture Partners, with participation from Accel Partners and Tiger Global. Post merger, Hoopos started redirecting to Babyoye. Nadkarni said though Hoopos is no more functional, the firm will retain the Hoopos brand.

“The best thing to come out of this merger for us is that the teams have come together,” he said. Nadkarni stated that the startup is bullish on private label and looking at expanding the same. Babyoye already has private label brands for apparels and it is looking at launching its own labels in many other categories. “Private label currently contributes 12 per cent to the total sales and we expect this to reach about 18 per cent in six-12 months,” he said.

Babyoye deals in categories such as baby care products, baby clothes, furniture, toys and accessories, books and maternity care. One of its key competitors, Firstcry earlier told that its average order value is around Rs 1,000. In addition to online sales, Firstcry has ventured into offline selling by opening 26 physical stores in over 11 states. The startup expects to reach 250 million in GMV by 2015 with online and offline sales together. Other players in the category include Hushbabies.com and Flipkart which has recently added baby care products to its site.