Microsoft Chairman Bill Gates did his first ever Ask Me Anything (AMA) on Reddit on February 11. And the cool thing is that he was replying questions using his 80-inch Windows 8 powered display, the one similar to what Steve Balmer uses too.

He spoke about topics including humanitarian efforts as chair of the Bill & Melinda Gates Foundation, the open-source movement, and the technology that will change the future.

But one of the first questions Gates answered was about Microsoft. Here’s the exchange:

Q: What one Microsoft program or product that was never fully developed or released do you wish had made it to market?

Gates: We had a rich database as the client/cloud store that was part of a Windows release that was before its time. This is an idea that will remerge since your cloud store will be rich with schema rather than just a bunch of files and the client will be a partial replica of it with rich schema understanding.

For those who may not know, Gates was referencing WinFS, or Windows Future Storage. The idea behind WinFS was to integrate some relational database technologies with the Windows File System. In its early (codename “Cairo”) days, WinFS was key to Microsoft’s plans to create a true, object-oriented file store.

At one point, Microsoft was touting WinFS as one of the key components Windows Vista/Longhorn. Then the Longhorn reset happened and Microsoft ended up rolling out bits of WinFS ascomponents of SQL Server and other database-focused deliverables.

In a crazy coincidence, a Microsoft veteran who once worked in the SQL Server organization posted his thoughts today about WinFS. His MSDN blog post focuses more on how to tell whether a project is doomed than on WinFS. But the author, Brian Welcker — who is currently Group Program Manager for Microsoft Dynamics — called WinFS a prime example of the kinds of projects that “may be headed towards certain doom.”

“Early in my career at Microsoft, I was part of one of the biggest development disasters at Microsoft (no, not Windows Vista), called WinFS. WinFS was an attempt to bring the benefits of schema and relational databases to the Windows file system. I never worked directly on WinFS but since I was part of the SQL Server organization during that time (I worked in Reporting Services), I got to see it from birth to death. I won’t go over all of the specifics here but if you want some of the gory details, the Wikipedia article has a pretty good overview of the technology specifics. The WinFS effort was started around 1999 as the successor to the planned storage layer of Cairo and died in 2006 after consuming many thousands of hours of efforts from really smart engineers.”

Welcker noted that no two members of the WinFS team seemed to be able to answer the question “What is it?” in a succinct, cohesive way. He noted:

“Some people would say that it (WinFS) was the database embedded in the operating system. Others would say that it was XML in the database. Other answers included a SQL-based file system, an object/relational mapping layer, rich storage for Office apps, a file system metadata indexer, .NET in the database, etc. It’s not that these weren’t useful technologies (many of them shipped outside the WinFS project), it’s that there wasn’t a singular vision driving the project to completion. Because no one could identify the essence of the project, it made it really hard to make any decisions about what should or shouldn’t be included.”

Q: What do people give you for your birthday, given that you can buy anything you want?

Gates also answered a question about the next big thing during his Reddit session. He’s still bullish on robots and speech, as he has been for years.

Q: What emerging technology today do you think will cause another big stir for the average consumer in the same way that the home computer did years ago?

Gates: Robots, pervasive screens, speech interaction will all change the way we look at “computers”. Once seeing, hearing, and reading (including handwriting) work very well you will interact in new ways.. 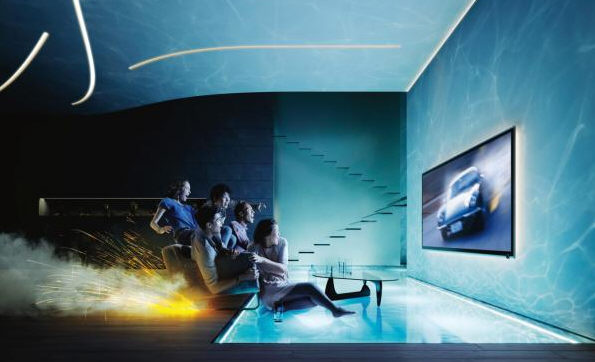 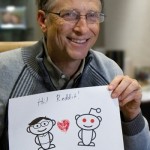