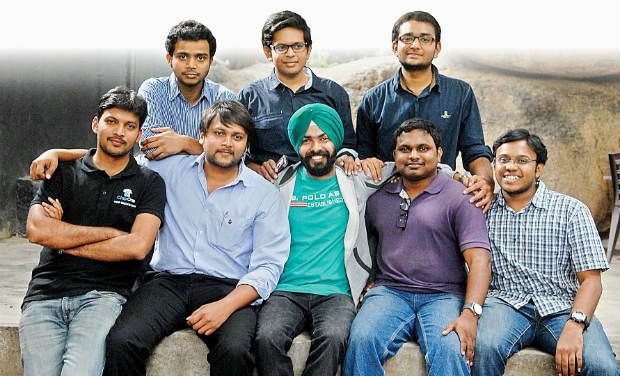 Young Entrepreneurs under 25 share their stories at Startup Talks Startup Talks  is a platform where the early stage entrepreneurs can learn about different things which they need in their business. Based out of Hyderabad, the group usually meets once a month to discuss on a specific topic beneficial to the entrepreneur community. Started in Feb 2013, the meetup group has organized 18 events so far. Their latest event that happened on 16th November was to meet the CEO’s under the age of 25 and know their story. The event saw immense participation, with more than 100 people in attendance. 8 Entrepreneurs who could have been the juniors in corporate rat race, saw the opportunity, stood up to the challenge and made it inspired one and all with their journey as an entrepreneur. The event has been well covered in digital and traditional media, and a detailed coverage of the event can be found here. Organized by Manoj Surya, who currently works as a freelancer, the event has been a huge success.

The young guns who spoke at the event are Mrityunjay from Edukinect, Pallav Bajjuri from Saddahaq, Raviteja from Folktales, Yuvraj from SourceNXT, Chinmay from Clapone,  Jignesh from Dirt9 , Harmeet Kawatra from Servesy and Subhash Achanta from Thinksource.

For all those who missed, we spoke exclusively with them to understand what it means to be a CEO under 25. For all of them, we ask 4 simple questions – Advantage in starting up before 25, how did they manage to convince their family, biggest challenge so far and the learnings in the startup journey so far.  Their stories are very interesting and we can only give them a salute to their iron will and determination to startup and succeed!

Citing the reasons to startup before 25, the enthusiastic entrepreneurs quote these reasons –

On talking about Challenges,  they are ready to share the hardships they encountered –

How easy has it been convincing their job loving parents to startup? Let’s listen to their stories in their own words, along with the takeaway from their experience so far!

I come from a very “safe career choice” family. My father was an ex-Army men currently working with Central Govt and settled in Delhi with my house maker mother. Ever since I have passed my class 10th, he has been trying to get me recruited in Indian Armed Forces. Most of his attempts succeeded him to get me to final rounds resulting in my one last request of letting me study more or take up alternate career paths.

I cleared basic Army entrance in class 10th, NDA entrance after class 12th and Direct entry into Indian Air Force Engg Corps after my under-graduate, only to reject those offers after my glorious selections. Every time that has happened my father somehow decided upon the uselessness of his only son. Later I managed to screw up his confidence even more by leaving two of the most sought after career options for a Computer Science Engineer by ditching jobs at Microsoft and Siemens Research in India and USA.

But as someone has said, A man gotta go what he gotta do. That’s the only thing I kept in my mind aloud every time I had to take the decision of moving on and trying something new. Sure I had to take up my parent’s Emotional Attyachar a lot of time, the pressure of getting married and eventually dying alone and claims of me being called the most useless son ever in the colony all hit me hard one time or another. But I knew I am going to make them proud one day by achieving my dreams some day and by doing what really makes me happy and not what the society has certified as “happiness” or “success”.

People say you should manage your health, your time, balance your personal-family life and what not. I would say chuck it all, when you are in the game play the game, focus on what you are really here for, everything else can wait and will wait if you are really dedicated to your goal. Just don’t forget to sleep 6hrs a day, have 3 meals and call your parents and best friends once in a while. Everything else will and it does turn better. I was on the verge of business school and a couple of my co-founders were on the verge of significant milestones in their careers. I came up with an idea and we all wanted to work on it. My family was the most cooperative, perhaps because they are businessmen too and understand the kick of business. They wanted me to pursue an MBA before starting something, but I protested and they obliged. The story of the other two is a lot more interesting, though.

One of them, Sandeep Ponagandla, was scheduled to leave for the US to pursue his Masters. It took a while to persuade his family, who had already invested a lot in his travels. We had to convince the entire family tree, one branch at a time until eventually, his parents caved in, 48 hours before his scheduled departure for the US.

The other, Venugopal was scheduled to attend the Mains component of Civil Services exams when we started out. 48 hours before he was scheduled to attend his first exam, he decided to discontinue Civil Services and pursue SaddaHaq. He was confident that he wouldn’t be able to convince his family, so he bluffed. As far as his parents are concerned, he “attended and flunked” the exams, so he continues to be with us. It was our mere passion for SaddaHaq that left our families with no option but to support us. Another project, perhaps things would have been different.

Spend time recruiting your founding partners. Do not depend on external hires.Sometimes, even the best of friends may not be the right fit. It was a bit of a challenge for me especially as I was in IIT with a pretty good GPA and credentials that would fetch me a pretty good paying job. But I had already made up mind to pursue entrepreneurial journey and not sit for a job. That was the first incident when I had to market myself to my dad saying I am more fit for starting up than sitting down (for placements) and I fairly managed to convince him for the same. Also, my parents always encouraged me to do what I wanted to and didn’t force their decisions upon me. So, it wasn’t much of a hassle at the end of the day. Family pressure and manage to convince them is the first challenge. Many of my juniors ask me tips to convince their parents, I always say that to think your parents as your first customer/client. If you are not able to convince your parents how can you convince your customer tomorrow. I even suggest few of them to take up jobs and to learn as much as possible in one year. They can work extra hours to set up base before starting on their own, its just to build a confidence in them and in parents too.

Many people don’t accept my point  but I have seen the difference. I have learned methodologies, work flows, handling pressures, professionalism and many more important things by joining an MNC which I might have learned even in start up but its gonna take lot of time in that.

Teamwork makes the dream work. It’s all about the team and how we are moving forward WITH the team by not focusing on individual growth.

Initially. my parents were not convinced with the very idea of me starting up. I asked them for some time and thankfully they gave me some time to work on my startup. Later on its our users (who gave us a chance), media (who published us) and CIE, IIIT-H (who invested in us) who motivated and helped me convince my parents.

Its not a company that you build, its the culture. Coming from a middle class family with not so successful entrepreneurial background, it was tough for me to convince my parents to reject the job offer I have received from Accenture. During the time I was with Accenture, I ventured out with a few of Dirt9’s initiatives and was successful. This beginners luck along with my past success stories and my passion towards my dream left my parents with no other choice than to agree with my decision to quit my job before I completed an year there. However, I agreed to enroll myself for an MBA abroad if I am not successful in an year’s time.

One should plan and arrange sufficient funds for the company to run atleast till it enters the growth phase. Believe me, It was the toughest time I had in my life after proposing and convincing my girl. My parents always supported all initiatives in my college days, however I never thought that I’ve to put-in all my efforts to convince them on leaving my job and starting a journey that has plenty of risks. I still remember that moment when I shown my dad an info-graphic on “Entrepreneurship trends of different countries” where India was not even listed. Reason being the risk factor that comes in starting a new venture and since inception we’ve been trying to get a job with steady pay and most of our young minds even try to get a Govt. job which are comparatively more secure. My words to my dad were not less than a filmy dialogue when I said “Life without risks is not worth living, dad. ‘aur aap ko to pata hi hai, job mein competition kitna hai’ – and you know the competition in this job domain.” I didn’t force my parents, but invited them on my journey which certainly wouldn’t have even existed without their valuable support. My generation typically has the culture of neighbors, uncles and aunties putting their ideas and opinions to parents and influencing them strongly. Fortunately though my family initially opposed me starting up, but they got convinced after I told them about my idea and how confident I am.
There are no shortcuts to success. Hard work, respect for time and a clear vision of what is to be achieved are the greatest things that have to be learnt to lead to success.