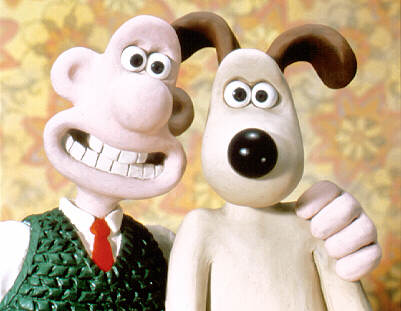 In terms of awesome creative things you can do with a lot of free time, stop motion animations rank right up there with the best. For kids and adults alike, being able to take inanimate objects and give them life through a motion picture is beyond words; but you insist on a word, how about magical?

Here’s our round-up of the best stop motion animation apps for both iOS, and Android.

At the premium end of the market is iStopMotion, with advanced controls for exposure and white balance lock, adjustable movie speeds and iCloud integration. It’s a joy to use for serious enthusiasts, but I’d say it’s a little too complicated for kids to use without supervision.

Though the main app is limited to the iPad there is a companion “remote camera” app for the iPhone; this lets you set up the iPhone as a static camera, while making adjustments to the scene and controlling from the iPad.

As well as manually controlling the shutter for stop motion movies, iStopMotion can also be set to an automatic mode enabling you to make beautiful timelapses of scenery or plantlife.

You can download an origami iPhone stand to help you keep to your shoestring budget, and if you outgrow production on your iPad there’s even a full desktop app that adds the ability to do tilt shift effects. The most recent app update adds a theater mode to show off user created content; you can submit a clip for inclusion if you think it’s worthy.

From StudioNeat – makers of the superb Glif iPhone camera stand adapter – Frameographeris outstanding in its simplicity. The interface is beautiful and uncluttered, yet it hides both time lapse and stop motion controls.

While the app lacks a white balance lock, focus and exposure are present; as is onion skinning. You can also add music from your iTunes library before publishing.

Frameographer operates entirely on a single iPhone device though; there is no remote camera so you’ll need to be careful not to move the phone while adjusting controls mid-movie. If you need to set up a specific angle, it makes previewing quite difficult, so bear that in mind.

This is a quick 10 second time lapsed game of Catan I took using Frameographer. You could do so much better though!

This is the only iPhone app in our round up to feature filters, so if you’re from the Instagram generation then I’m sure you’ll appreciate good old Sepia effect and more. Time lapse is at pre-set intervals up to 20 seconds, but otherwise the app is as functional as the others (and cheaper, too); there’s also a sound activated shutter option.

The app is missing the ability to add keyframes to an existing animation, and the interface is either “childlike” or hideously semi-skeumorphic, depending on your outlook; the font does it no favours. The latest version has some issues with the iPhone 4S apparently, so keep an eye on the updates if you’d like this one.

Though the name suggests this app only does time lapses, it actually has a stop motion (manual) mode too, so I’ve decided to include it as the best option for Android users, in my opinion. The interface looks superb, and there’s a host of advanced features in there such as rotation. The free version is fully functional but limited to low resolution; good for testing though.

Camera effects are also included for a little variety; and there are lots of output formats to please everyone.

The interface is horrendous and there’s no advanced camera controls for exposure or white balance, but this app gets the job done otherwise. Uniquely, you can trigger the camera with sound-activation, like a clap; this might be useful if your camera setup in such a way and don’t want to be touching the controls every frame. There’s also a timed shutter for time lapse mode.

Clay Frames also exports directly to YouTube, or as an .AVI file.

Note, like all Android apps, there’s no guarantee this will work with your particular device. The developer recommends you try the free version before purchasing this.

Do you have a favourite stop motion animation app I haven’t included? Let us know in the comments.