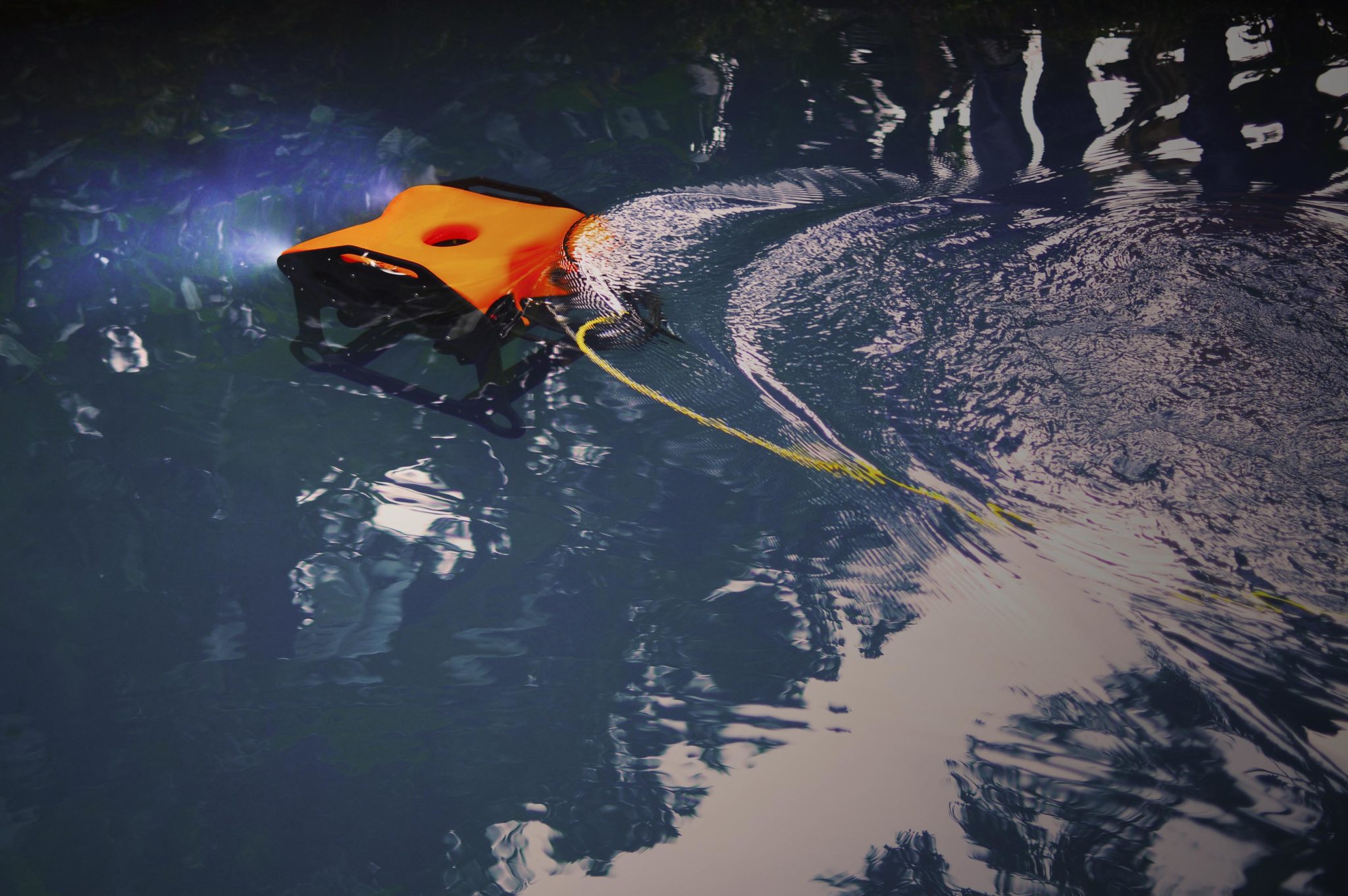 Even as the government released the much-awaited Drone policy 1.0, the Indian drone space has been seeing some exciting action, albeit, not in the skies but underwater. Kochin-based startup EyeROV Technologies has launched India’s first commercial underwater ROV (Remotely Operated Vehicle) or underwater drones, cinching a deal with the Naval Physical and Oceanographic Laboratory (NPOL), a laboratory of the Defence Research and Development Organisation (DRDO). Rohith Surendran, the Chief Marketing Officer of the startup spoke to The Tech Panda about their journey.

“We feel privileged and happy at the same time, because we were able to meet the standards and deliver a product that met expectations. We are proud of this achievement,” he says.

EyeROV was founded by IIT alumni, Johns T Mathai and Kannappa Palaniappan, who in their college days, worked together on robotics projects and competitions. Palaniappan has a Masters in Ocean Engineering from IIT Madras, while Mathai did his electrical engineering Advanced MS from IIT Delhi.

While working with the National Institute of Ocean Technology (NIOT), Palaniappan was posted as on-board ship scientist, a job that entailed travelling in ships. During these voyages, he happened to notice the need for regular maintenance and inspection of ship hulls, for which massive ROVs were deployed, weighing a ton or more. That gave him the idea of creating a micro ROV that was smaller and lighter, but performing the same operations. After discussing with Mathai, they showcased their POC to the Kerala startup mission, and in October 2016, they got incubated.

They started building their Minimum Viable Product (MVP) called EyeROV Hump Back, using simple materials like PVC pipes. “We just wanted to show that we have the capability of creating the product that can be used for inspections. Somewhere along the way, we came to know about DRDO’s requirement. So we pitched the MVP to them and said that we can achieve what they wanted,” Surendran explains.

Since then, EyeROV has been working closely with the DRDO, thriving on advice from a group that includes an ex-DRDO scientist, a navy commander, and an industry veteran with 18 years of experience. “We know that the product we have right now is one of the best, because we got advice from go-getters,” Surendran says proudly.

Their product is a micro ROV, called EyeROV TUNA, a smart and efficient micro-ROV/underwater drone, used in a variety of applications ranging from inspection surveillance to defence operations, such as critical missions and mine detection operations. Another ROV with a different iteration is also used for inspection operations of critical underwater infrastructures like dams and gauges, and for research purposes, oceanology, marine life, and aquaculture.

EyeROV is trying to expand their market to scale and find companies to invest with them who share their passion. Surendran says, while designing the ROV, the team wanted to create a product that was modular and could be commercialised. Accordingly, the startup is aiming to increase production and factoring, while seeking more potential clients. They are also working on different product lines to create products for harsher and more challenging situations. “We are trying to expand the company’s message,” he says.

Finding clients was quite a challenge EyeROV faced, according to Surendran, especially since the ROV and the defence market is hard to enter. The pressure of competition and time was immense. “Being a startup, we had to learn a lot, before making a product that meets expectations and the global standards to compete with world-level players,” he says.

In addition, research and development required expansion of the team. Financial crunch was also a challenge, but their continuous participation in competitions gave them grants, which supported their growth.

How far they have come