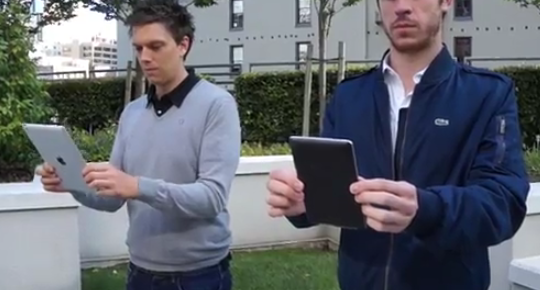 Apple’s iPad and Google’s Nexus 7 are, without question, the two best tablets on the market. Each device has advantages over the other, such as the iPad’s Retina display and the Nexus 7?s $199 price tag. Build quality is one area where many might think Apple has a clear advantage considering case materials and cost, but according to an independent third-party test, that apparently isn’t the case.

Warranty service provider SquareTrade conducted its traditional drop test with both devices and the results may shock you. The company dropped both devices while standing, from a table and even in a tub of water. While both tablets fared well, Google’s slate clearly outperformed the iPad, especially in the water test.

The Nexus 7 was still fully functional and capable of playing video with sound after the water drop, and while the iPad was functional, its speakers no longer worked. SquareTrade’s video follows below.