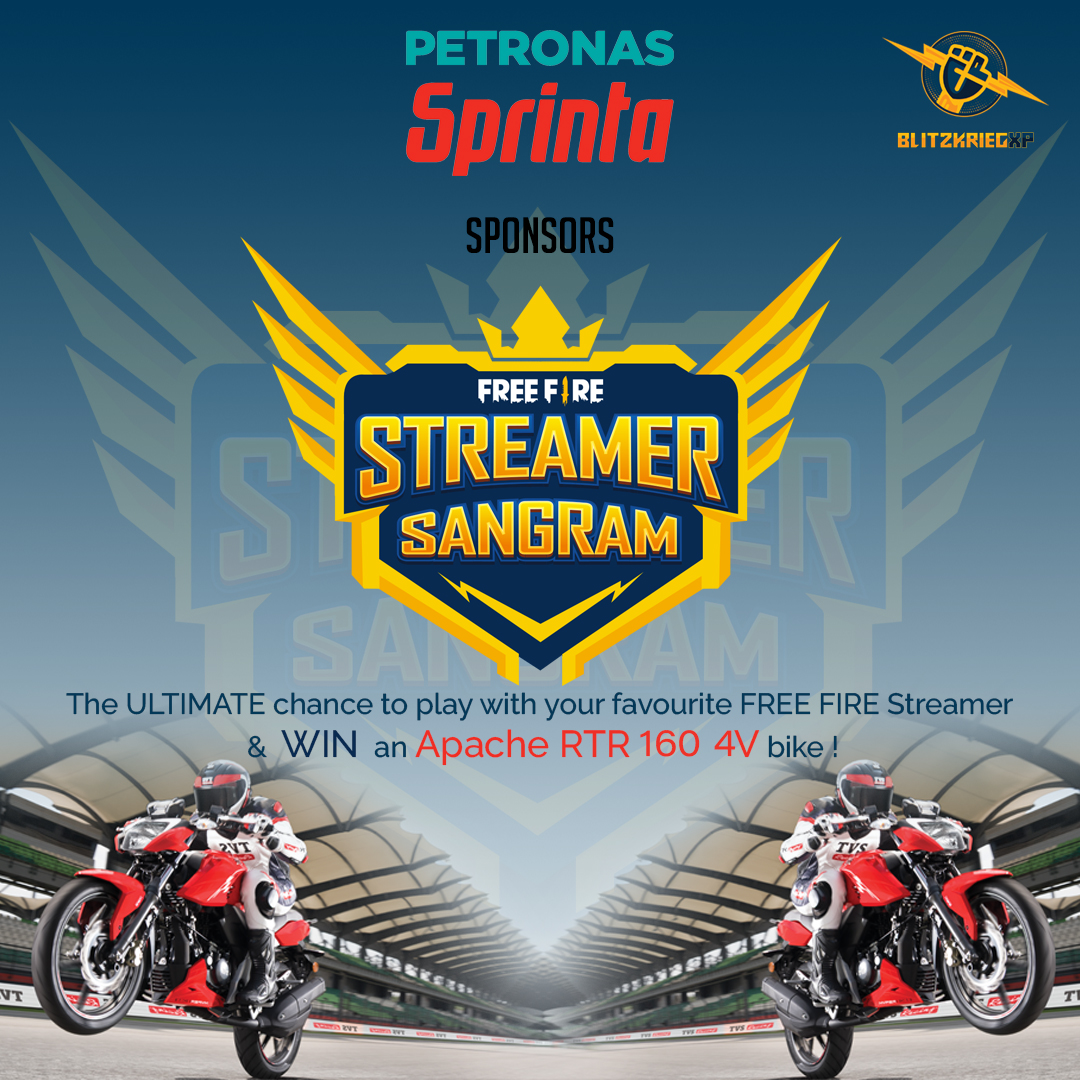 BlitzkriegXP, India’s first experiential esports organization, has announced a grand Free Fire tournament in India with the unveiling of ´Streamer Sangram´. This event will feature India’s biggest and most popular Free Fire streamers that will pit them against each other in a 5-match series. The squad which emerges victorious after the series of exciting matches will be crowned as the Streamer Sangram Champion and will claim the grand prize of a TVS Apache 160 4V bike per player

In this one of its kind event, the 12 Streamers will act as 12 team captains and open up the contest to their fans on YouTube. The remaining three spots in each of the 12 squads, which is a total of 36 spots, will be taken up by the Streamer’s YouTube subscribers and fans as the gateway to participate will be through an open contest, which means all aspiring participants are given the opportunity to win the bike.

“We are thrilled to announce Free Fire Streamer Sangram for the community and most importantly giving the talented and passionate gaming youth of India, a platform to showcase their talent and play alongside the streamers. This is the first of many IPs that will pave way for esports talent and revolutionize the way esports is consumed in India, thereby forging a more credible and gratifying ecosystem,” Samin Ahmed, Head of Marketing at BlitzkriegXP, said in a statement.

Streamer Sangram will feature a total of 12 teams captained by the chosen 12 streamers. The teams will then compete over a series of five classic matches being held over a period of one day, and they will be competing for the grand prize of four TVS Apache 160 4V bikes reserved for the four victorious squad members.

The three participants alongside each Streamer captain will be chosen via an open contest. The selection will be done basis time taken to complete the tasks. Registrations open on the 8th of February, 2021.

All the 12 stars will be live streaming the event on their YouTube channels. The matches will also be streamed with live commentary on the caster’s channel.

Streamer Sangram is set to commence at 8.00 PM on 18th February, 2021. For the first time ever, a grand prize like such is on the line.