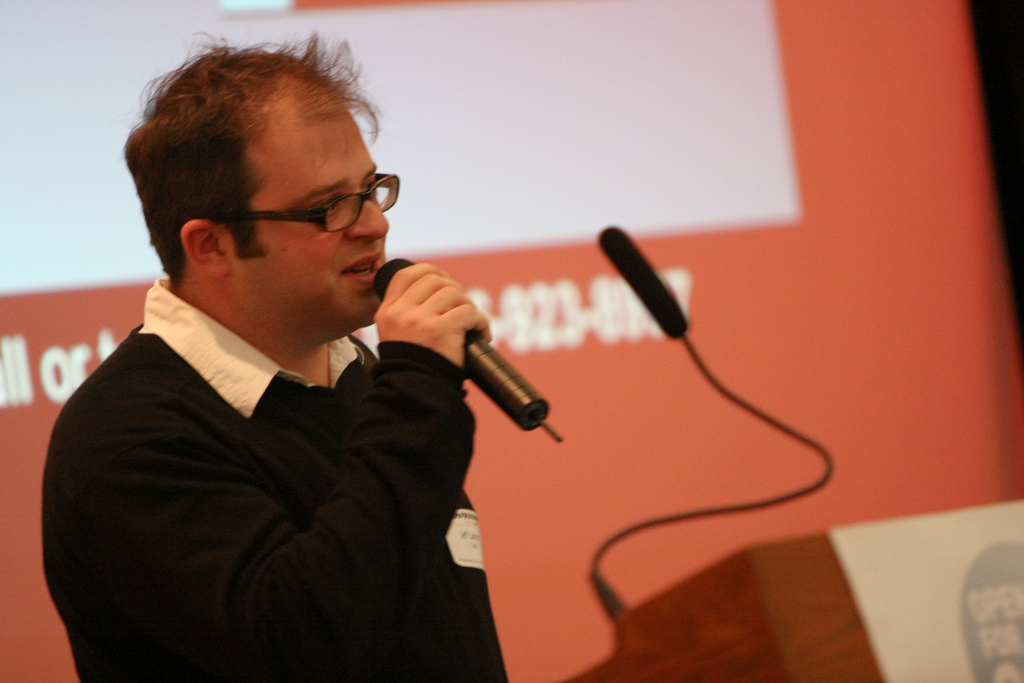 Every time we see these Spikes, we say, ‘Oh, it’s an Anomaly – Jeff Lawson – Founder and CEO, Twilio The one we found most fascinating is just a note on pure volume: Twilio-sent SMS messages contain enough characters to fill a complete edition of The New York Times every 45 seconds — yes, seconds, not minutes.

“You guys have been busy building some amazing applications,” Lawson told the audience of Twilio app developers.

“I’ve been looking at the traffic graphs and seeing these huge spikes of growth. … Every time we see these spikes, we say, ‘Oh, it’s an anomaly.’ But it just keeps growing.”

Altogether, Twilio-based apps have touched the lives of 350 million people, which adds up to 20 percent of households around the world. This year, those apps will reach 198 countries. “That’s more countries than the United States recognizes,” quipped Lawson.

At last year’s TwilioCon, the company announced that Twilio apps had reach the 500-million-calls mile marker. Today, that number has tripled to more than 1.5 billion calls. Twilio app users this year are making 4 million calls per day.

The endpoints of the Twilio Client have grown from 104 million to 340 million over the past year.

Finally, TwilioCon itself has doubled in size year-over-year to more than 2,000 attendees.

“Software is redefining communications,” said Lawson. “That’s what these graphs and charts are all about. … Industry after industry is being redefined by software people.”