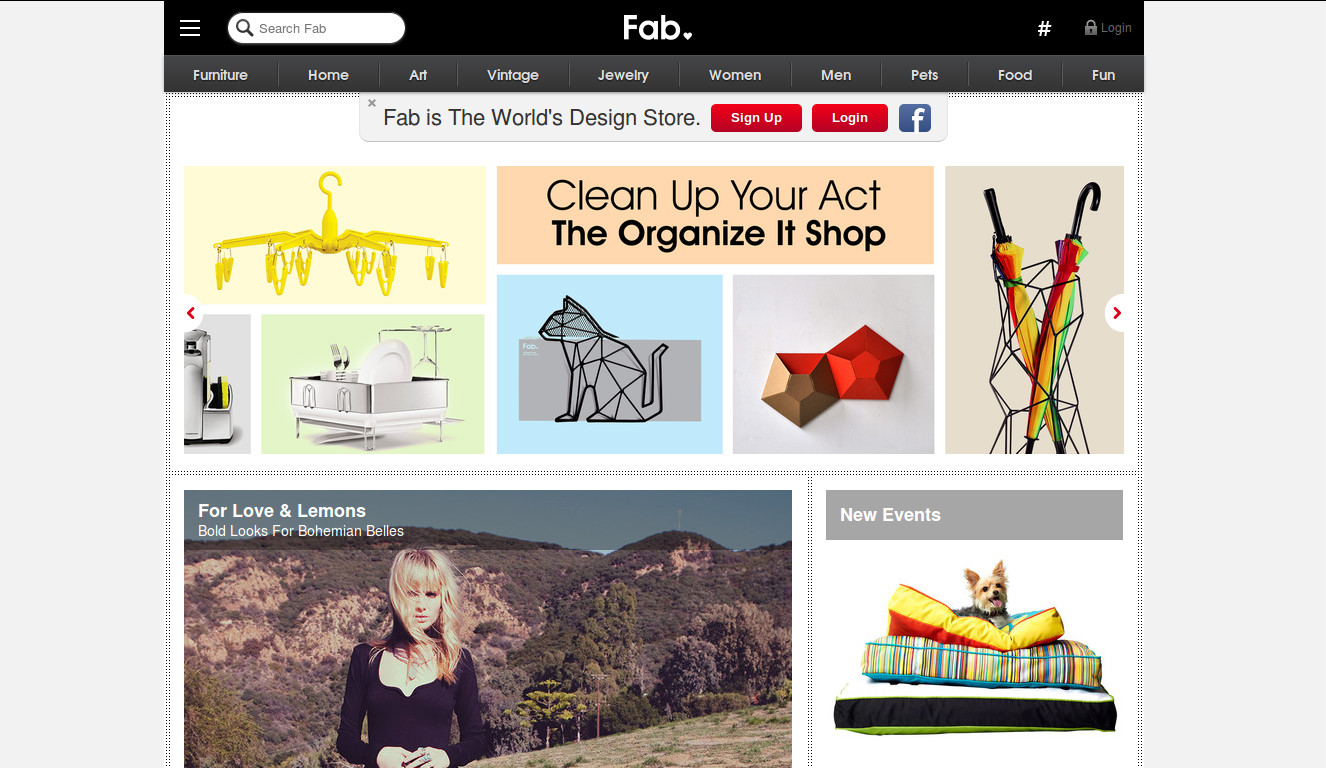 Fab CEO Jason Goldberg wrote in a blog post Wednesday night that the design-oriented e-commerce site has raised another $10 million from the Asian venture capital group SingTel Innov8, the corporate VC arm of a major Asian telecommunications company. While Fab is currently selling products in North America and Europe, Goldberg said they would like to expand into Asia, and this new funding and VC relationship could help them get there.

The $10 million is a new addition to a previously-announced $150 million Series D round, which we covered in June. This brings Fab’s total venture funding to a whopping $320 million, Goldberg wrote.

I’m pleased to share that as part of our ongoing Series D round of financing, SingTel Innov8, the corporate VC arm of the SingTel Group, Asia’s leading communications group, invested $10 million in Fab today. This is a particularly meaningful relationship for Fab as we are very pleased to have SingTel’s insight as we explore our expansion plans in the Asia region.

Fab is the place to discover the most exciting things in your life. Today, Fab sells in 29 countries across North American and Europe. We are developing plans to bring the Fab lifestyle to Asian markets.

SingTel has a lot in common with Fab – they serve a growing, young, and sophisticated population of consumers who are looking for lifestyle products to reflect their optimistic, dynamic and vibrant approach to life. That matches well with the predominantly 25-45-year-olds who come to Fab to browse and buy unique and compelling items they’ll live with in their homes, wear, and gift.

However, while Fab continues raising money, the company still has a lot to prove. Fab has nailed the discovery element of online shopping, but could have a hard time building a global commerce business around fun and quirky home and design items. The company hopes to get there by pivoting away from strictly flash sales and carrying more streamlined merchandise, but this week it laid off more than 100 employees in Europe as part of this shift. And Bloomberg reported that Fab missed its targets for revenue by almost 20 percent, and that it’s still a “money-losing” company.