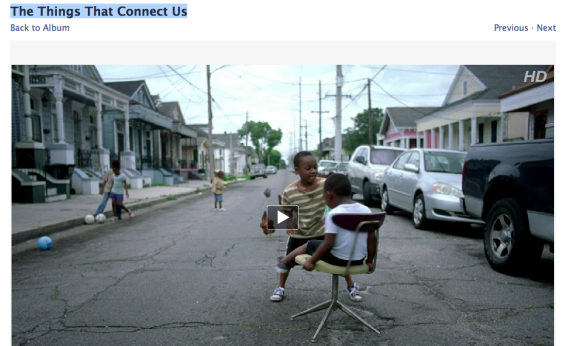 It’s been a while since Facebook has had cause to publicly celebrate. The company’s IPO in May was a fiasco, and its stock shows no signs of recovering. Meanwhile, concerns over user privacy have escalated, and there’s a sense that the company is not as popular with the kids as it once was.

Today, however, the company is taking a victory lap after hitting a major milestone: one billion monthly active users worldwide. Mark Zuckerberg announced the feat in a post on his timeline Thursday morning, saying, perhaps with a touch of humblebrag, that “it’s a moment to honor the people we serve.”

And how is it honoring these billion people? By making its first ever commercial. The spot, put together by the Portland-based ad agency Wieden and Kennedy, was directed by lauded Mexican filmmaker Alejandro González Iñárritu and scored by the band Explosions in the Sky. It will be translated into 12 different languages and be shown to users in 13 countries, including the developing countries that account for much of Facebook’s current growth: Brazil, India, Indonesia, and Mexico. The ad compares Facebook to chairs.