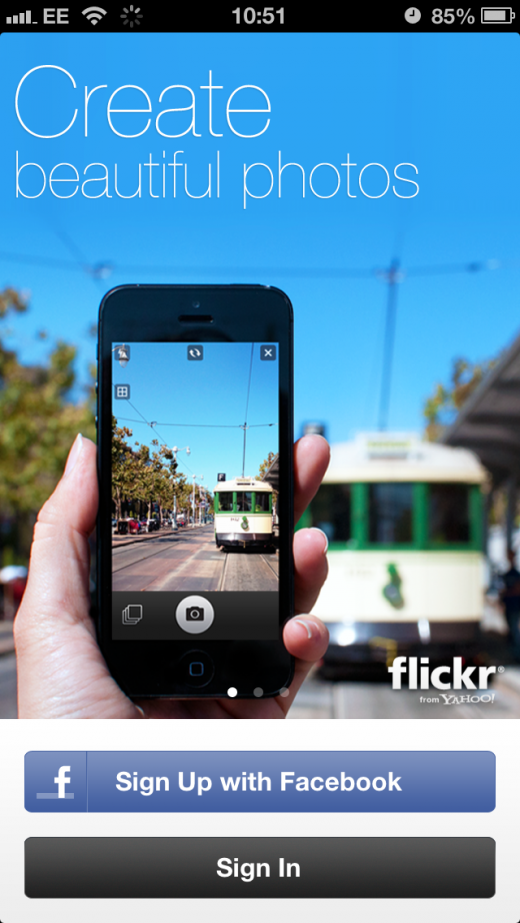 Its not just Santa, Yahoo! CEO Marissa Meyer has some gifts for Christmas too – the revamped Yahoo! Mail and the slick Flickr app. Ever since Marissa Meyer took over as CEO, there has been a lot of speculation over how she planned to rescue the troubled web giant. She made it clear months ago that mobile was the way to go and she has held on to that promise by launching the two best and most used Yahoo! products.

At Google, Marissa was responsible for maintaining the spartan look of the search engine home page and preventing it from being spammed with ads like the current (cough) Yahoo! homepage. Well at least for now the Yahoo! Mail has been given a beautiful makeover and it looks simply……stunning! Despite the viral growth of social media sites, people still use email … a lot. (Remember the confirmation emails you get when you sign up for a new account on any site). Yahoo’s previous mail web app was riddled with way too many distractions to get any work done at all. The new designs comes as a whiff of fresh air and what’s great about it is – it is tailored for every platform be it the web, Android, iOS or Windows 8 and it looks gorgeous in all each of its avatars. Unlike social media platforms where the goal is to get more people to sign up, the strategy with web mail is to retain the existing customers and leverage them to up-sell and any new product (the way Google pushed Google+ to all its users with a Gmail account, irrsepective of whether they asked for it). And I do hope Yahoo’s new efforts pays off as well.

Marissa  Meyer pulled out a few more goodies from her christmas bag the next day – the all new revamped Flickr app. The latest war among online tech giants is for user’s photos and filters, as was seen in the case of Twitter-Instagram battle. The Yahoo! CEO kept her prmoise to make Yahoo! a mobile-first company by launching a revamped Flickr app for editing and sharing photos from iPod Touch and iPhones (Hopefully we will get some Android love soon). The initial reviews of the app applaud the amount of hard work put in by the talented team at Yahoo! who have delivered a fantastic app that brings the some of the latest features like full Groups capabilities, which was previously only available through the service’s website.

Overall, Yahoo! seems to be getting back in the game and we always love the underdog who topples the Goliaths and emerges victorious. Looks like its going to be a merry Christmas for Yahoo! after all.