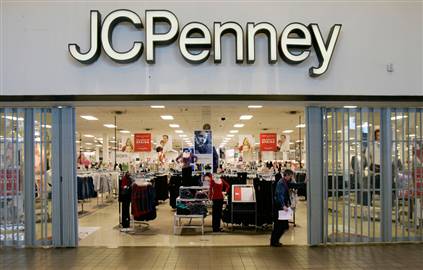 JCPenney has fired CEO Ron Johnson, who was brought in after his stint as Apple’s retail chief to help turn the department store around.

The news comes after a report from The New York Times last week that revealed the CEO had sustained a 97 percent pay cut for failing to permanently institute changes that brought success to the Apple Store.

When he was hired in November 2011, he said that successful retailers will be “the ones that start from scratch and figure out how to create fundamentally new types of value for customers” by asking “how do we reinvent the store to enrich our customers’ lives?” That philosophy hasn’t resonated with consumers: the company has lost money in each quarter since the CEO’s hiring, and the stock has dropped by over 50 percent. Before Apple hired him in 2000, Johnson was a senior merchandising executive for Target.

CEO Mike Ullman III has been selected to replace Johnson. In a statement, the company said “we would like to thank Ron Johnson for his contributions while at JCPenney and wish him the best in his future endeavors.”

“We are fortunate to have someone with Mike’s proven experience and leadership abilities to take the reins at the company at this important time,” Thomas Engibous, chairman of the company’s board, said in a statement. “He is well-positioned to quickly analyze the situation JC Penney faces and take steps to improve the company’s performance.”

According to former JCP CEO Allen Questrom, Mike Ullman is “best choice right now” to lead the company, but not for the long term.

“Ullman knows the company, knows the people,” said Questrom . “[It’s] possible to get JC Penney back on track, but won’t happen overnight.”

Here is the full press release:

The Board of Directors of J.C. Penney Company, Inc. [NYSE: JCP], today announced that Myron E. (Mike) Ullman, III has rejoined the Company as Chief Executive Officer, effective immediately. He has also been elected to the Board of Directors. Mr. Ullman is a highly accomplished retail industry executive, who served as CEO of jcpenney until late 2011. He succeeds Ron Johnson, who is stepping down and leaving the Company.

Thomas Engibous, Chairman of the Company’s Board of Directors, said, “We are fortunate to have someone with Mike’s proven experience and leadership abilities to take the reins at the Company at this important time. He is well-positioned to quickly analyze the situation jcpenney faces and take steps to improve the Company’s performance.”

Mr. Ullman added, “While jcpenney has faced a difficult period, its legacy as a leader in American retailing is an asset that can be built upon and leveraged. To that end, my plan is to immediately engage with the Company’s customers, team members, vendors and shareholders, to understand their needs, views and insights. With that knowledge, I will work with the leadership team and the Board to develop and clearly articulate a game plan to establish a foundation for future success.”

Mr. Engibous added, “On behalf of the Board of Directors, we would like to thank Ron Johnson for his contributions while at jcpenney and wish him the best in his future endeavors.