Twitter has come a long way from the first tweet that Jack Dorsey sent on March 21st, 2006.

just setting up my twttr

The above has now been sold as an NFT to a Malaysia based businessman for US$ 2.9 million.

The global platform now is a voice for civil society to air views, fair and unfair, logical and otherwise, most of which would have remained unvoiced but for this veritable force majeure. While restrictions are on for the words used, users find a way to become colourful.

Here are some interesting tweets in the past few weeks.

Here is an example of a government entity taking the vendor client relationship on an open platform.

Hon'ble FM met Mr Salil Parekh MD&CEO @Infosys today & conveyed the deep disappointment & concerns of the Govt &taxpayers about continuing glitches in the new e-filing portal of ITDeptt. While seeking explanation from Infosys,FM demanded that the issues be fixed by 15th Sep,2021. pic.twitter.com/GWe5D9HxCs

Not all tweets are meant to bully though. Here is a tweet, where food critic Vir Sanghvi was pondering the integrity of a beloved food product of the 1980s, Britannia’s Bourbon chocolate cream biscuits.

Is it just my imagination (or greed) but didn’t Bourbon biscuits used to be longer?
?@BritanniaIndLtd? pic.twitter.com/pce4rPcfMm

Britannia clarified its stance, though not all were convinced.

No change in size, Vir. We know expectations are big, though.

And when Bollywood superstar Hrithik Roshan shared a photograph of his home, chilling with his mother, fans noticed that even celebrities in Mumbai can’t escape wall seepage, a common problem in the city.

On a lazy breakfast date with my mum ?? It’s a good morning ??

Sunday feels on Wednesday are best ??
Now go give your mom a hug. pic.twitter.com/f1st25rE3I

Berger Paints, a paint solution, promptly offered him their services.

Looks like your fans are very concerned about the background walls! If you ever need scientific waterproofing solutions, don't wait for 'Jadoo.' Call the experts! ? #BergerHomeshield #NoGyaanOnlyVigyaan

Who is next Betty Boop? Popeye? Olive Oil? Brutus? I'm sorry but sometimes a cartoon is just a cartoon and satire is satire. The classics Mr. Magoo, Daffy Duck, Pepe Le Pew, Bugs Bunny were cartoons – not examples of virtue but whose sole purpose was to make us laugh.

Tweets capture the consciousness of societies in every country now. If you have an opinion, Twitter wants to hear it. But keep it clean. 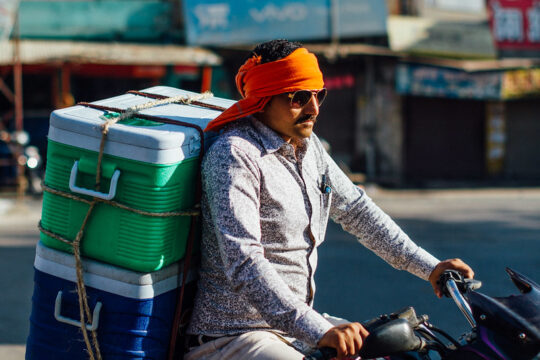