Here’s one tip to get your explainer video right

Finding the right words to pitch your product can be often tricky as well as an important part of your pitch. How do you make sure that the person does not get bored and you give out and explain all your services?  Also, how well can you and your pitch connect with the audience? It is well known that visual means attracts and engages audience in a greater way than the textual articles do. This is where the explainer videos step in.

Explainer videos are the animated videos that let the people know what is the problem that your product/startup solves and how efficiently it solves. It is generally 1-2 minutes long in which it should answer the fundamental questions about the product/start-up. What problem is it going to solve? Why the viewer should want this this? Is this product/start-up really required? Basically it is like a 30 second pitch but with more vibe, more interesting and eye-catching visuals and give out a more positive and fun wave.

WHY WOULD YOU WANT AN EXPLAINER VIDEO?

An average internet browser has an attention span of about 8 seconds, and if, within those 8 seconds this attention is not grabbed, the mouse is clicked and the user moves on to the next website right away. Also, more than text, videos have a better grasping quality. People like to see more than they like to read. And a visual treat that explains your product improves the conversion rates exceptionally.

It has been found that explainer videos can increase the conversion rates to about 15-50% of any product/start-up.

With an explainer video to support you it is also highly likely that other media might also feature you. An explainer video prevents them from going through hoards of textual material and makes the job easier for them, it also helps to wash out any other personal views into entering the viewers mind, as a text can take sides or the presenter might get a different idea from your text, but with an explainer video, everything is crystal clear.

One Tip to Get Your Explainer Video Right –  GO FOR THE SCRIPT!

A brilliant script can even outshine poorly orchestrated video. The script remains the most important and core area for the video. It should introduce the problems and explain them, then go and show off your features all the same while answering the reason behind you creating the product. After you have done the explanation, ask people to sign-up or buy the product. This way they know how to engage themselves with you regarding your services.

Let us have a look at few of the most interesting explainer videos out there:

A beautiful and thoughtful video by AirBnb. The video explains all the services it provides while answering all your questions in a simple and minimalist way.

The video looks as if the PadMapper team put in a lot of effort into the video, and it has definitely paid off. A fully descriptive video displaying itself with ease.

Last one and my most favourite one:

A viral video which has over 5 million views to its credit which according to Michael Dublin, the founder took only $4500 to produce. A great video which engages people and for it’s cheap services promotes them to use the services also. A lot to learn from this one.

What are things to keep in mind while designing an explainer video? Let us know in the comments. 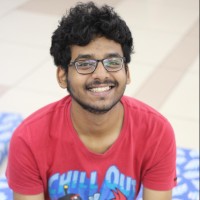 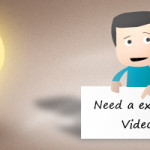 Here’s one tip to get your explainer video right