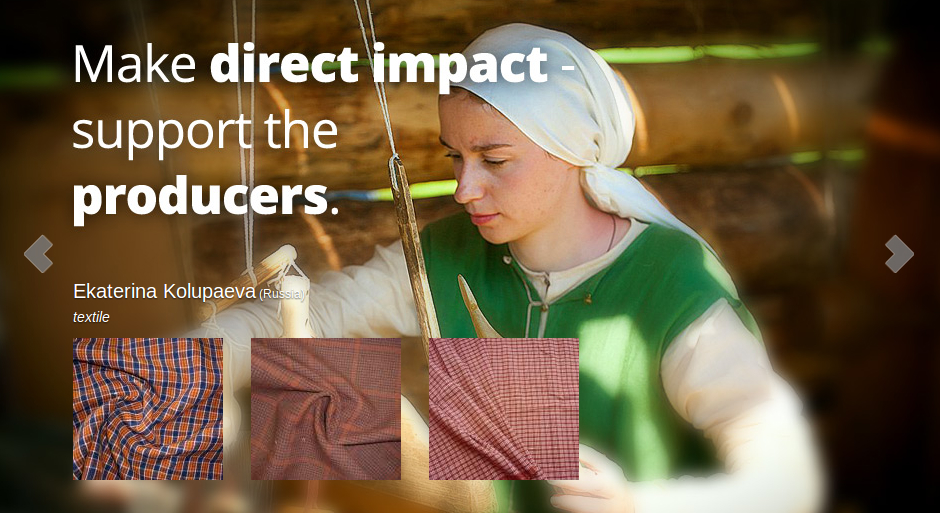 Startup GlobeIn.com is building an online marketplace for artisans from around the world. When it first launched in February, it said it was working with more than 100 sellers in nine countries. Now the site lists 238 artisans from 29 countries, including recent additions like Mexico, Guatemala and Canada.

That growth is particularly impressive given the type of artisans that GlobeIn is trying to serve — the kind who might not be online at all if not for the startup. To bring them online, GlobeIn has a network of “Artisan Helpers” — travelers who photograph the products, record stories, and help the artisans use the required technology.

Vladimir Ermakov was happy to talk about the number of artists and works on the site, but he was less forthcoming about the number of actual visitors or purchases, because he said the company has been focused on building out its network of artisans and improving the product, rather than on consumer marketing.

Ermakov was rattled off descriptions of some of the artisans he’s interacted with personally, including Mirfaiz and Helima Aliev from Uzbekistan (who are selling unique musical instruments, including some made from catfish skins) and Anna Kornilova from Russia (with products that incorporate traditional lacquer miniature painting). There are larger organizations on the site, too, including Conserve India (which creates purses and other products from recycled goods) and Craftworks Cambodia (which makes jewelry from recycled bullets and bomb shells).

As some of those descriptions may suggest, GlobeIn isn’t just touting the uniqueness of its products, but also the effect that it can have on artisans’ lives. Ermakov said that while GlobeIn isn’t a nonprofit, it is a “mission-driven” company. Another sign of that mission: Artisans are supposed to receive 100 percent of the asking price for their goods, with GlobeIn taking an additional fee that it adds to the list price.

This approach extends to how the site treats visitors, too — Ermakov said he doesn’t look at them as just “potential customers” but as people who might get more involved, perhaps by becoming an artisan helper. Users can already create profiles with a counter allowing them to take credit for a certain number of “artisans impacted”.

“We’re working on features that will make people participate much more and become much more a part of the movement, part of the global mission,” Ermakov said, adding, “We definitely want to deliver very engaging, exciting product before we spend too much effort on marketing.”

Beyond that, he said GlobeIn is also growing through partnerships, for example with fair trade groups or with micro-lending organizations.