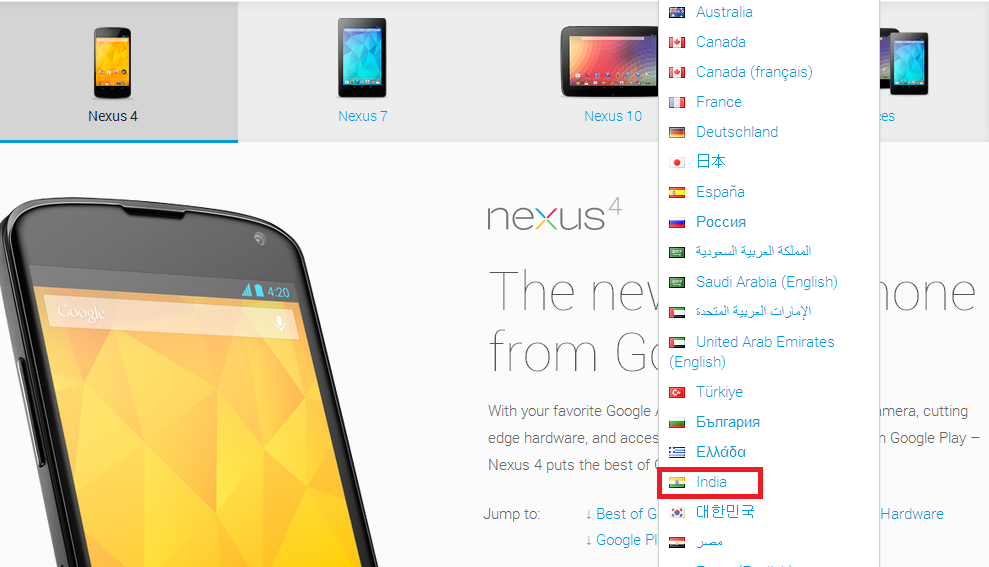 Sadly, the Google Nexus India page does not provide any India specific details as yet. Consumers in India have been anticipating a launch since October last year but that got delayed to January and now March. There were reports that the launch of LG Nexus 4 in India was delayed further due to a spat between Google and LG, the developers of the smartphone. The manufacturers were said to be arguing over its pricing for India.

Online retail store, Saholic mentions on its website that the Google Nexus 4 will be available from March 15th.

Specifications of Nexus 4 include:

We are in touch with manufacturers and retailers and will announce an update as soon as we hear something significant from them.