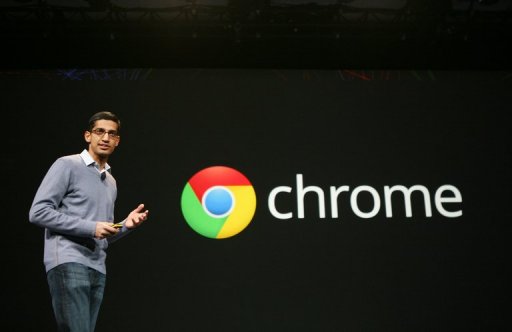 “People have been asking to use Chrome on the iPhone,” Chrome product management director Brian Rakowski said on Thursday while showing off the new browser programs slated to be available in Apple’s online App Store.

“We figured why stop there, that we would launch Chrome for the iPad too.”

Safari remains the default browser used in Apple gadgets and the “engine” that Chrome or other web-surfing applications has to rely on.

“It is obviously not what powers Chrome in Windows and Android,” Chrome senior vice president Sundar Pichai said in an interview at Google’s annual developers conference in San Francisco.

“I think we were able to get it working well,” he continued. “We had to make trade-offs.”

Google announced Chrome for iPads and iPhones as it enhanced software to synch the browser across the array of Internet-linked devices commonly used in modern lifestyles.

People could start browsing with Chrome on a Macbook and then pick up where they left off on a smartphone, tablet, or other computer, Rakowski demonstrated at the company’s annual gathering of developers.

“Chrome was built for a better web,” Pichai said during a presentation.

“We want to make sure Chrome acts like a layer to work seamlessly across all your devices,” he continued. “No other browser is doing this.”