Yahoo reached inside the ranks of rival Google in its latest changing of the guard, appointing longtime Web-search executive Marissa Mayer as its new chief and returning the struggling Internet company to a leader with deep technology experience.

The appointment showed how Yahoo, a onetime pioneer of Web search and online advertising, is going back to its Silicon Valley Internet roots.

Yahoo’s board selected Ms. Mayer because “she stands for the user,” in contrast with a string of the company’s previous CEOs who had little experience with consumer websites, said a person with direct knowledge of the company’s CEO search.

In particular, Yahoo’s board members—including the three newest directors led by hedge fund manager Dan Loeb, who joined in May—pushed the Sunnyvale, Calif., company to find a product expert who could make Yahoo more relevant to today’s Internet users, said this person.

Ms. Mayer, 37 years old, had long been on the Yahoo board’s shortlist of CEO candidates, said people familiar with the matter.

Talks with the Google vice president increased in the past few weeks after an initial approach on June 18. The board felt that someone with Ms. Mayer’s stature—she was employee no. 20 at Google and helped design the look of the now-dominant search engine—would especially help Yahoo attract new talent to develop new Web services, said the person familiar with the CEO search.

In naming Ms. Mayer, Yahoo passed over interim CEO Ross Levinsohn, who had overseen the company following the exit in May of Scott Thompson , a former president of eBay Inc.’s PayPal, over some misstated credentials. Mr. Levinsohn, who couldn’t be reached, has a background in media and ad sales.

Samsung Smartphone Sales Smashed Apple in Q2 According To Estimates 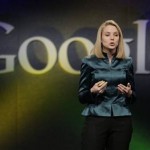