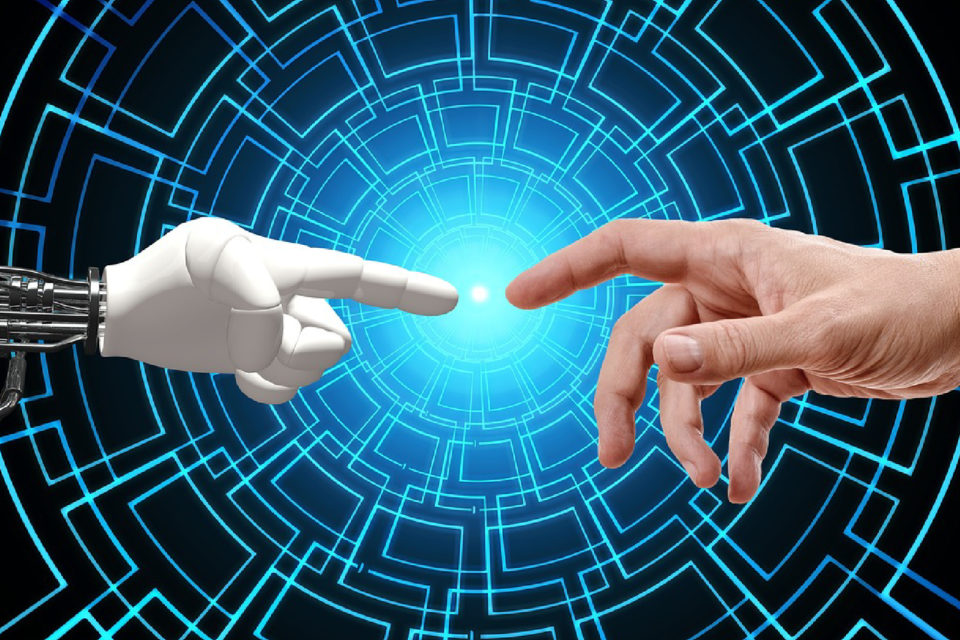 This hybrid intelligence powered virtual assistant is leveraging both Artificial Intelligence (AI) and humans in assisting users with daily tasks till completion.

AI has come a long way in the past few decades. Chatbots are satisfying millions of queries a day, employed by various sectors like human resources, sales, and ecommerce. We dream of a day when they could do more, intelligent robots not just doing housework but conducting calls, making decisions, thinking.

Of course, such scenarios are not just a bit scary, but also impossible so far, because there is no 100% AI yet. Still, the percentage is rising, says Saideep Gupta, CTO of WingAI in a chat with The Tech Panda. The company has developed a mobile assistant or ‘concierge’ to help users with day-to-day tasks where other assistants fall short and support healthcare provides during the COVID-19 pandemic.

Everything that Wing currently does, wouldn’t have been possible without hybrid intelligence coming into play. That’s also what allows us to get to that end goal, which is 100% AI

To make it a success, they are leveraging hybrid intelligence, which introduces the human element into the services of an AI in order to ensure completion of a task.

“We’ve seen that companies that have either tried to leverage 100% human or 100% AI have failed,” he says.

In the first case, costs of operating go sky high, so that companies have been forced to shut down or lay off, because they can’t sustain the cost. On the other hand, 100% AI doesn’t exist yet.

“We’re not there yet where we can say, we have 100% automation, where there’s no human in the loop. The ecosystems of the world are not there yet. We want to get there. It’s a race. We can get there first, but nobody’s there yet,” he says.

“When we started to create this new product, we thought about one critical point with AI and ML systems, which is that they’re able to do a lot of the heavy lifting by themselves,” he says.

Similarly, much of the heavy work that Wing does, Gupta says, is because of AI. Still, at the end, when it comes to pushing quality over the finish line, Wing employs the human in the loop, or the hybrid intelligence model.

‘Hey Wing, Get Me Groceries’

As remote working has given most of us a chance to continue our offices from home, the lines between house and office tasks have blurred. Even as we slog to achieve a deadline, groceries have to be bought, food has to be ordered, birthdays have to be celebrated. More importantly, we must keep ourselves up-to-date on COVID information.

WingAI’s mobile assistant deploys a mix of AI and human assistants to help users with day-to-day tasks. After COVID-19 struck, they’ve been helping people with every task possible. They combine the strong capabilities of AI as well as human to complete tasks for people who are usually busy. At the same time, they train the AI to become better over time.

“Wing can do anything, anywhere, anytime. It’s an on-demand service that allows us to fulfill any requests in real time. We believe in the future. Our cutting-edge proprietary system leverages the best of both worlds. It’s a super sophisticated system, where we allow human in loop model,” Gupta says.

What that means is a user just has to request, for example, Hey Wing, can you get me food? Can you walk my dog? and it will be done. Even complicated requests like, Can you show 10 leads of Instagram? Are possible.

As requests come in, Wing’s hybrid AI system switches on and classifies the request on different parameters. If the AI does not perform as expected, a half finished task is pushed to a human assistant.

“It’s not like the humans are making the final call. It’s not like the AI is only doing the initial bit, but overall, during the completion of a task, we have AI and humans work next to each other to push the task to completion,” Gupta explains.

The AI system at Wing works in phases, the classification system, the natural language, and the automation. The first two are growing heavy. With a success rate of 98-99%, they are almost at the point where they don’t need any humans in the loop. The NLP systems and the automation too are growing at a rate of 4-5% every month.

“Right now, we are able to automate about 20% of all requests that we get in, which is a huge number. My team’s done a really good job. They’re bringing us up to speed,” Gupta says proudly.

The dynamic with a product like Wing is such that as the AI keeps growing, the dependence on human labour will keep going down. The goal is to get to a point where human dependence is as minimal as possible.

The goal is to have AI do a lot of the heavy lifting, but allowing humans into the loop by making some final calls here and there, applying additional pieces of information that the AI may be missing, and also bringing the AI to speed, so that humans are indirectly teaching the AI.

In these COVID times, Wing has been busy. Along with requests for delivering groceries, medicines, food, and personal protective equipment, it has been answering questions like how many COVID cases are reported in a county, what best practices to follow, or where to get tested.

The Wing team and their partners at UC Berkeley Skydeck have been working with the Kaiser Permanente and the John Muir Medical Group. Both these medical institutions have been the front runners for helping people during the COVID crisis, which means their doctors, nurses, and other personnel have been constantly on the go. While risking their lives, these personnel have no time for their personal lives.

The team at Wing decided to help them by providing them free customized services.

“These frontline workers are risking themselves helping other people out, while their personal lives maybe suffering. A doctor is busy at the hospital for 15-20 hours. There are things going on at home that they can’t be a part of. Maybe it’s a kid’s birthday and they need a cake sent to the house. Maybe they want to pick up some dry cleaning. Maybe they forgot the groceries. So we thought of all these use cases and decided to help them,” says Gupta.

And the feedback has been good.

“They are very much enjoying using it,” he says proudly. “They love the fact that they are able to take things off their plate and let Wing do it.”

Read more: Rise of the Robots: COVID-19 is Causing a Hesitant India to Welcome Automation

With COVID-19 raging, people staying at home are having to adjust to new ways of life, which include working from home. With many businesses working remotely, SMBs are finding themselves short staffed for the daily small tasks around the office.

To help SMBs out, Wing has introduced ‘Wing for Teams’, where it will be part of the team as an executive or virtual assistant. These businesses can use Wing to take care of tasks, including customer service, logging into the CRM systems, sending emails, sending flowers to a client, or and getting the office sanitized.

Hybrid Intelligence in the Future

Wing is trying to make an assistant application of the future that’s able to do everything for somebody. As a bigger goal, Gupta hopes of one day serving the elderly populations around the world with Wing’s expertise as a virtual assistant.

“There’s a large number of elderly people in the US as well as around the world. They are usually looking for support, for people to help them with things. They’re looking for somebody to take care of things without having to shell out a fortune.

We’re not there yet where we can say, we have 100% automation, where there’s no human in the loop. The ecosystems of the world are not there yet. We want to get there. It’s a race. We can get there first, but nobody’s there yet

“They’re also looking to get help on a daily basis, answer simple questions, even doing simple things like ordering an Uber. We live in a society where it becomes second nature, but that may not be the case for everybody out there,” he says.

While hybrid intelligences is leveraging the harmonious relationship between human and AI, the goal in the future still remains to increase AI and decrease human. As Gupta says,

“Everything that wing currently does, wouldn’t have been possible without hybrid intelligence coming into play. That’s also what allows us to get to that end goal, which is 100% AI.” 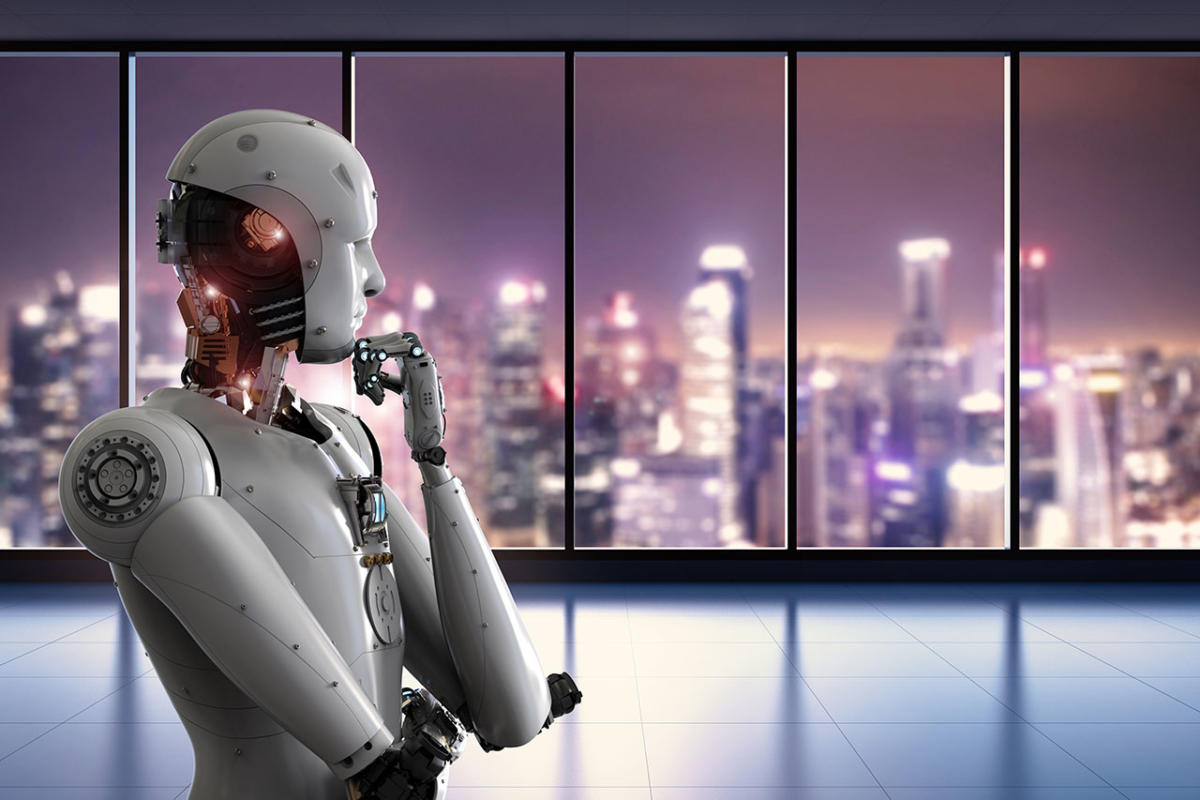 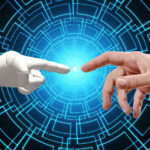