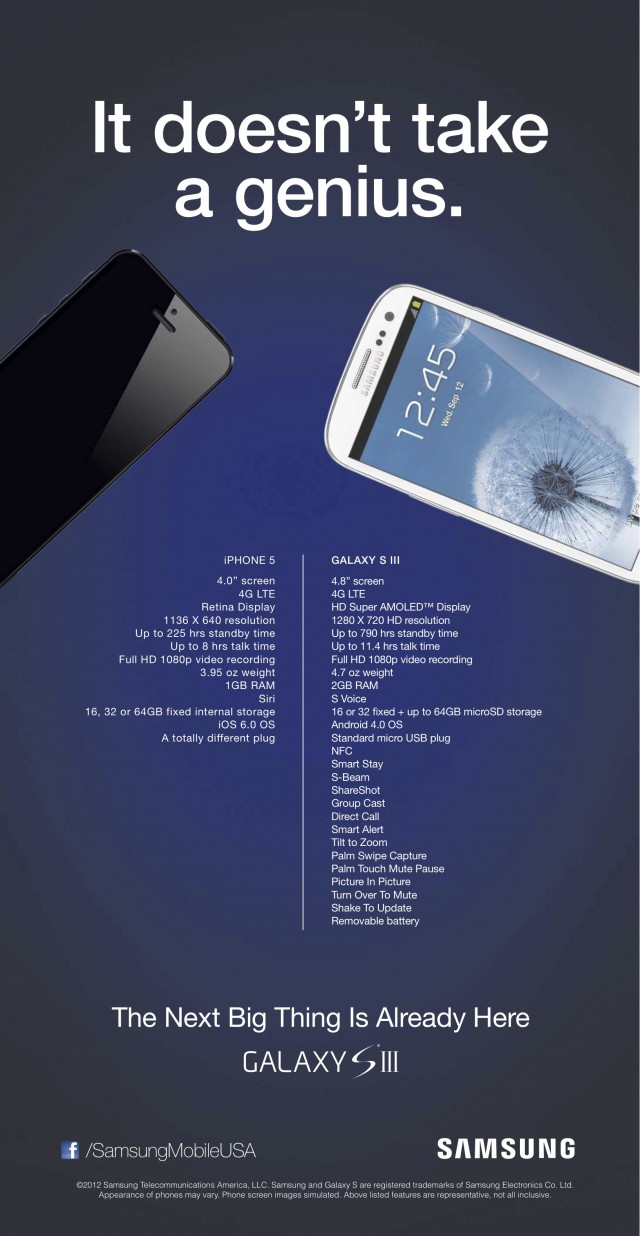 In New Ad Campaign, Samsung Tries to Win on the Merits

For many, the iPhone 5 is the talk of the weekend — and that includes Samsung.

The Korean phone maker will tomorrow start running a print ad campaign in national and regional papers that compares the features of its Galaxy S III with those of Apple’s iPhone 5.

The Samsung device does have a larger display, more RAM, and features like near-field communication. As with any competitive chart designed by one of the competitors, the Samsung list puts its own features in the best light and ignores the areas where it falls short.

Here’s our own analysis by AllThingsD’s Bonnie Cha of how the iPhone 5 and Galaxy S III stack up.

Samsung is aggressively trying to pitch itself as the anti-Apple, saying it offers more capabilities with less cult.

This has been the company’s tune for a while now.