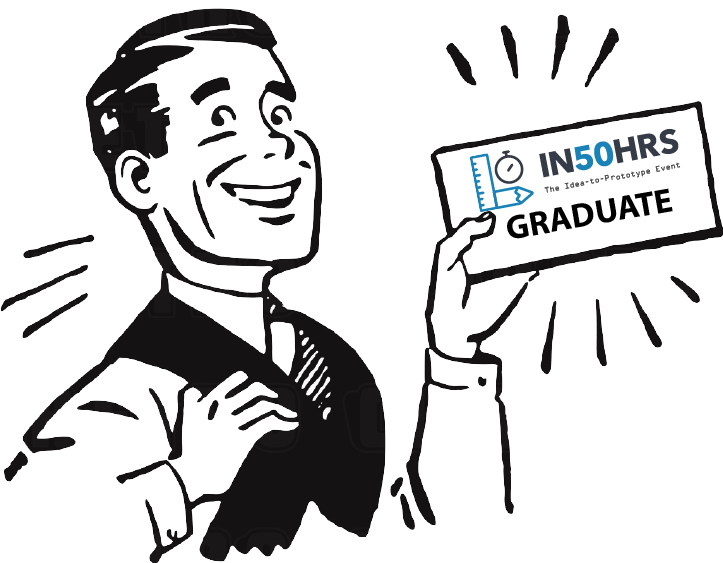 In50hrs, Takes A Turn To Be A Community Event Back in 1999, Eric Raymond a rather well known Open Source enthusiast made a comparison to two ways of building community owned property – he likened it to “The Cathedral and the Bazaar”

Two years ago, The Startup Centre founded by Vijay Anand, started an experimental platform called In50hrs.  In a country of a billion people, we see less than 600 technology startups emerge each year. While there are efforts to help, embrace and accelerate these teams after they emerge, the fact of the matter is that, an effort like “Power of Ideas” generates interest in the thousands, only to realize that less than a handful take the step to making anything beyond that.  If we don’t do something to step up our game, and significantly improve those numbers, technology entrepreneurship in India, is nothing more than a pipe dream.

Last year, In50hrs attracted more than 1600 participants, pitch 400+ ideas, build 283 prototypes, launch 185 new products and 28 startups. These are 28 startups that didn’t exist before, and 185 new products that wouldn’t have seen the light of day otherwise. Some have even gone on to raise institutional capital!

One third of teams that come to In50hrs, stays together – which also makes it a brilliant space for co-founders to find each other, and with the platform going to nine cities in India, In50hrs is one of the largest community events in the country.

As TSC team knocked doors and went on the trail to raise support from the generous sponsors they’ve had in the past, who include One97, Accel Partners, Virtual Host and the likes,  they also understand what it means to run something that is also owned by the community.

In the first ever effort in India (and known to us, in the world), In50hrs is the first event which is crowdfunding part of its cost from its supporters. The team is aiming to raise 10% of the cost (Approx 2.5L) from the “Crowd”, and would love to see if over a period of time, they can increase that, to give more ownership and transparency to those whom they work for.

“We are building In50hrs, the way of the Bazaar, atleast taking the first step towards it”, says Vijay Anand, Founder of TSC.

In less than 15 days, In50hrs  has managed to raise close to 4000 out of the 4500$ that they are trying to crowdfund through Indiegogo. If you are interested in building the Indian Startup eco system, please consider funding this initiative.