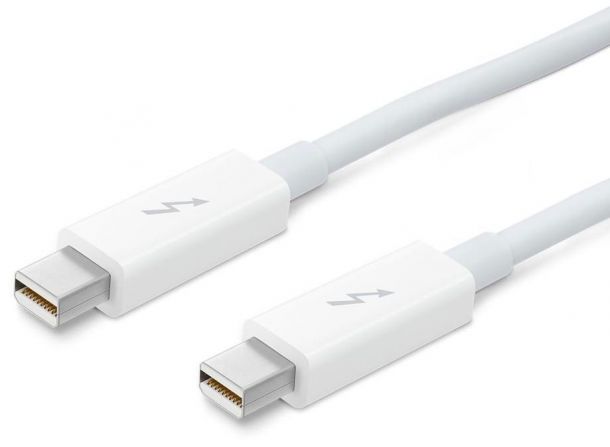 Here at NAB, Intel just introduced the next generation of its Thunderbolt interface, which promises a data rate of 20 Gbps in both directions (on each of the two channels) as opposed to 10 Gbps for the previous version. Of course, the company stepped back for a moment first, boasting that Thunderbolt currently has about 200 licensees, and more compatible devices — along with new, thinner cables — should be coming out in the following months.

The next-gen Thunderbolt tech (code-named Falcon Ridge) enables 4K video file transfer and display simultaneously in addition to running at 20 Gbps. It will be backward-compatible with previous-gen Thunderbolt cables and connectors, and production is set to ramp up in 2014. An on-stage demo with fresh-off-the-press silicon showed the new Thunderbolt running 1,200 MBps, which is certainly a step up from what’s currently on the market.

Here’s a video of the Thunderbolt demo from Intel’s stage: