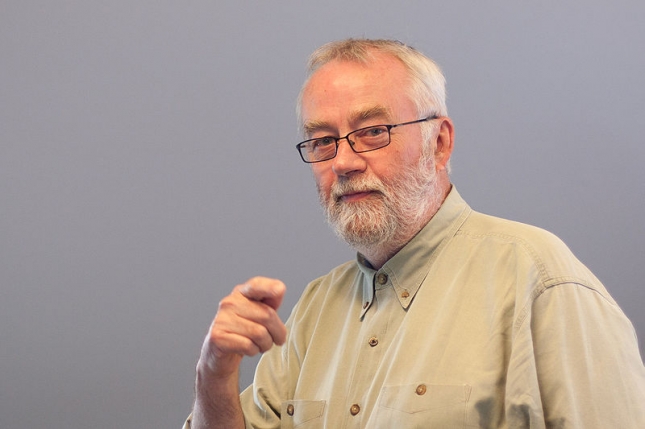 Inventor of the First Laptop Computer Passes Away at Age 69 Bill Moggridge, the man behind the first laptop computer, passed away at the age of 69 on Saturday following a battle with cancer, the Associated Press reported. Moggridge, a British-born designer, author and educator, created the Grid Compass clamshell computer in 1979. The computer, which sold for $8,150 when it was released in 1982, was encased in magnesium and used by the U.S. military and NASA. There were a number of portable computers being developed at the same time as the Grid Compass, however Moggridge pushed for the foldable design because the screen, keyboard and circuitry could all fit into a comfortable and truly portable design. Portable computers at that time resembled sewing machines and weighed more than 20 pounds; Moggridge’s design cut average device weight in half and actually made computers portable. Since then, the clamshell laptop has continued to evolve into the portable ultrabooks that are available today. Moggridge is survived by his wife of 47 years, Karin, and two sons Alex and Erik.