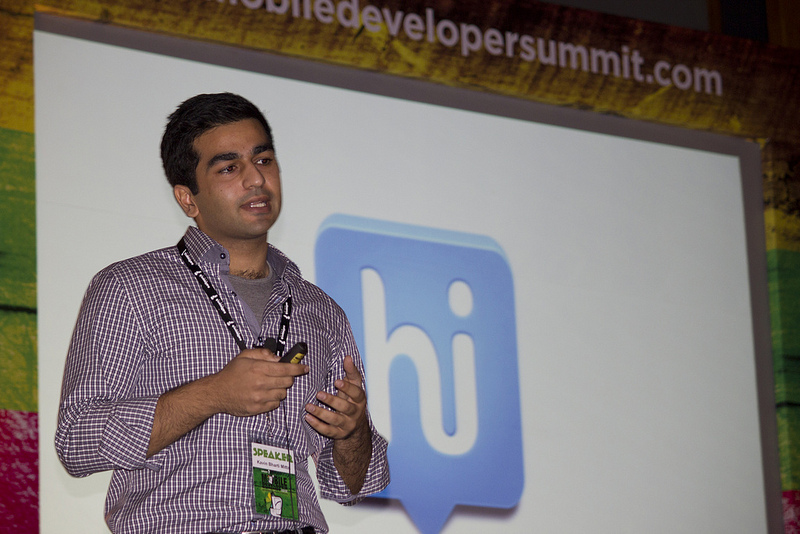 Among the reasons blamed for Bharti Airtel’s drop in profits for 13 straight quarters is the on going loss of potential revenues text messages to instant messaging apps. One such app, Hike, is a brainchild of Kavin Bharti Mittal, son of Bharti Enterprises chairman Sunil Mittal.

“Who better to cannibalize you than yourself ?” says the young Mittal, who heads strategy and new product development at Bharti SoftBank, a joint venture between Bharti Enterprises and Japan’s SoftBank, that launched Hike December last. Mittal, 25, says what he does now will help generate multiple revenue streams for his father’s business as well as other mobile operators in the long run.

“We may be cannibalizing (potential revenues of) these companies (telcos), but at the same time we’re spawning new revenue streams when Hike starts making money,” he tells ET in a conversation. “We understand how to best combine both worlds (internet and telecom ) and build an app.” Bharti SoftBank (BSB) works closely with mobile operators such as Bharti Airtel, Vodafone and Idea Cellular to help them not lose revenuethe SMS communication channel altogether by launching apps that combine data and SMS.

“Here, the product is ours, and the go-to-market distribution and possible revenue streams we can create happen through telcos’ billing,” Mittal says. “This means that any money Hike makes in now gets billed to the Airtel, Vodafone and Idea wallets.” Indian telecom operators are expected to lose approximately Rs 18,700 crore, in potential revenues text messaging by 2016, says research firm Ovum, as mobile users switch to instant messaging apps such as WhatsApp, WeChat, Facebook Chat, Nimbuzz and Hike.

In 2012 telcos’ opportunity loss in SMS revenues is estimated at about Rs 4,700 crores. Industry insiders say BSB, launched in 2011, in an indirect extension of Airtel into the internet realm at a time when mobile internet is seen as the next medium for people to communicate, transact and navigate.

Mittal junior joined Bharti group business in 2011, armed with a masters in electrical and electronics engineering and management Imperial College, London, and internships with Google and Goldman Sachs, besides the experience, he had initiated a startup called AppSpark that he founded when he was 20.

He plans to embed rich value added services and special features with Hike and reduce spam to help the chat application start generating revenues, on the lines as some of its global competitors. Line of Japan, which has entered India last week.

Mittal also plans to integrate Hike and Hoppr, a location-based service of BSB that helps users find things offline around them, in five years.

“If we pull off this complicated exercise, it will be phenomenal,” he says. Hoppr app, to be launched next month, will use proprietary geo fencing technology to know when a consumer walks into a particular mall and offer him or her coupons for different cafes, restaurants and shops.

The firm plans to get shop owners for driving traffic while offering the service to consumers for free.”We feel that merchants will pay a fair amount to understand the consumers better,” Mittal says.

Kavin Mittal is also building products, pay Rs 1 for video, with the aim to make the data pipe disappear and only go for content, a core philosophy he wants to maintain for products.