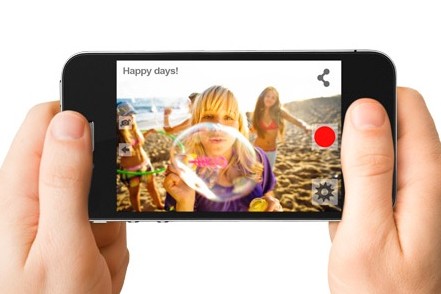 Bambuser is quite famous among protestors, activists and non-profits, it truly seems to be people’s broadcaster. A Finnish broadcasting

company YLE used Bambuser for live broadcasting their news online, this helped in getting more live coverage on their web page. The Egypt government   along with Twitter had also blocked Bambuser, as it was being used to broadcast the demonstrations and struggles. Bambuser also setup a special Egypt page, accumulating all the streams coming in from Egypt and the protest on Tahrir Square.

On the other hand Ustream seems to be the corporate’s broadcaster. On Ustream you’ll mostly find the big brands and media houses doing live broadcasting of their conferences, exhibitions, interviews, some funny stuff, inaugurations  etc. Wikipedia says, the Russian Meteor was watched by eight million people on NASA JPL’s ustream channel and unlike bambuser it is backed by some of the big giants of the technology and the media industry. Ustream’s partners include Panasonic, Samsung, Logitech, CBS News, PBS NewsHour, Viacom, and IMG Media.

UX, Ease of use, Video Quality and features:

Now coming to the overall UX, ease of use and video quality of Ustream and Bambuser. Here, in all 3 categories I give Bambuser a 10 out of 10. Ustream is not bad, it does have a good corporate look and is easy to use, but Bambuser is a step ahead. I am not being biased, I am saying this after getting my hands dirty with both of them.

The video quality in Bambuser was better than in Ustream.

Another great feature of Bambuser, is the live chat, wherein you can chat with the users watching your live broadcast.

In ustream its just usual facebook comments plugin, which you’ll find below the broadcast you are watching, on the right hand side you have a tab for social stream.

Yes, we do have a winner, but its neither Bambuser nor Ustream. Its YouTube. Now if you are thinking, “what the heck! you traitor”. Hold on. The fight is not over.

No matter how many technology giants you have partnered with or how many activists are streaming out loud, you need a wide reach, and that is where YouTube comes in.

YouTube is a social media giant, having the most extensive reach and viewers. It has become a verb for the videos. You don’t need to explain to anyone about it or ask anyone to install it. It comes pre-installed, in every handset, whether it is iphone, android, blackberry, windows. And it is the best thing for SEO.

Doing a live streaming on Youtube, is actually very easy, you just need to go to Google+ and start a Hangout on Air and once you click on the “Start broadcast”, you are live on Google+ and your youtube channel.

If Bambuser and Ustream can get out a feature, where their users can do a live streaming on youtube, that would sure be a killer feature. They can use the Youtube’s Live Streaming API for integration.

As I compared and reviewed things, if Bambuser brings in the YouTube integration, it would surely standout tall.