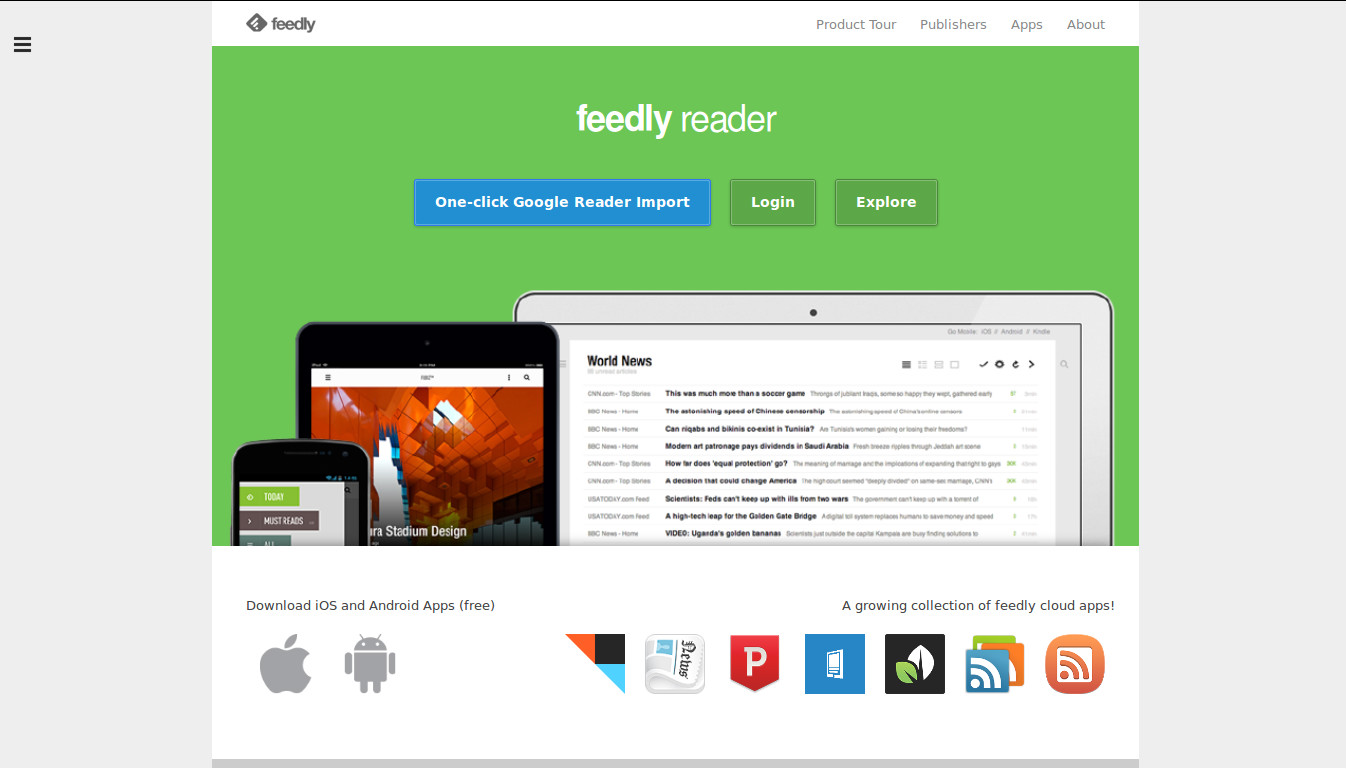 On July 1, we say goodbye to Google Reader, a handy tool for bringing headlines and articles your favorite websites into a single place.

With Reader, I’ve been able to see at a glancethe updates various news services, blogs and company websites I follow. Although many of these items relate to work, I have added a few fun topics, too, including news on Antarctica and a daily dose of passive aggressive notes that people send each other.

I have spent a lot of time curating Reader, so I’m not keen on seeing it die.

Fortunately, there’s an afterlife. Google has made it easy to move your list of sites you follow, known as feeds, to another service. And many of those rival services have made it easy to accept those feeds, especially after Google said in March that it would retire Reader.

RSS feeds – for really simple syndication – used to be a popular way to keep track of multiple websites without having to visit each and every one. Content comes to you, through readers such as Google Reader. More recently, though, Twitter and Facebook have performed a similar role in discovering content. I myself have logged on to Reader less frequently because keeping up with more than 150 feeds dozens of sites became overwhelming.

As July 1 approached, I looked at a half-dozen alternative services.of them are free,Reader. It didn’t take long to find one that exceeds what Reader offers in many ways, though a few omissions will leave me missing Google’s offering.

The service that stands out is Feedly. An update available Wednesday allows Feedly to run on just about any major Web browser. The service also is available through apps on the iPhone, the iPad and Android devices.

Transferring your feeds Reader is easy.

Feedly excels in highlighting the most popular items your feeds, based on sharing and other interactions on Feedly and elsewhere. Simply visit a page called “Today.” Under the default layout, you see headlines and the first sentence or two of each item. You can click on any item for more.

You can also share the item on a number of social networking sites. That freedom isn’t available on Reader, which confines sharing to Google’s own Plus service.

With Reader, items are automatically marked as read as I scroll down, so that they won’t reappear the next time. Feedly does that, too, in a non-default layout that most resembles Reader’s. That part is good. But while Feedly offers additional layout options, it doesn’t take full advantage of its greater breadth. It would have been nice to have auto-marking when scrolling in those layouts as well.

Many websites let you easily add their feeds by clicking on a button. Reader is usually among the options, but Feedly isn’t yet. Instead, you must copy and paste the Web address for the feed into Feedly. But Feedly is better than Reader at suggesting feeds to add, if you don’t have specific ones in mind for a given topic.

I did try one other service that makes it as easy as Feedly to transfer feeds Reader and discover new ones. But that service, called Pulse, does require you to set up a separate Pulse account or use Facebook’s – not Google’s. If you can get past that added hassle, Pulse does the rest of the work for you once you log in to your Google account. There’s no Google data file to create, save and import.

There are dozens of other services I didn’t get a chance to try. Some of them are more geared toward mobile devices. Others are still in development. For example, a popular site called Digg promises one on June 26, just five days before Reader’s cutoff.

I’m sure there’s one out there that matches or exceeds what Feedly offers, but I saw no need to look further.

Feedly has tripled its user base to 12 million since Google announced Reader’s retirement. The growth has given Feedly incentive to work on new features. Feedly has also designed the system so that outside developers can build apps for it. You can use one to run Feedly on BlackBerry phones, for instance.

Feedly isn’t perfect, but switching to it will make Reader’s demise easier to accept.