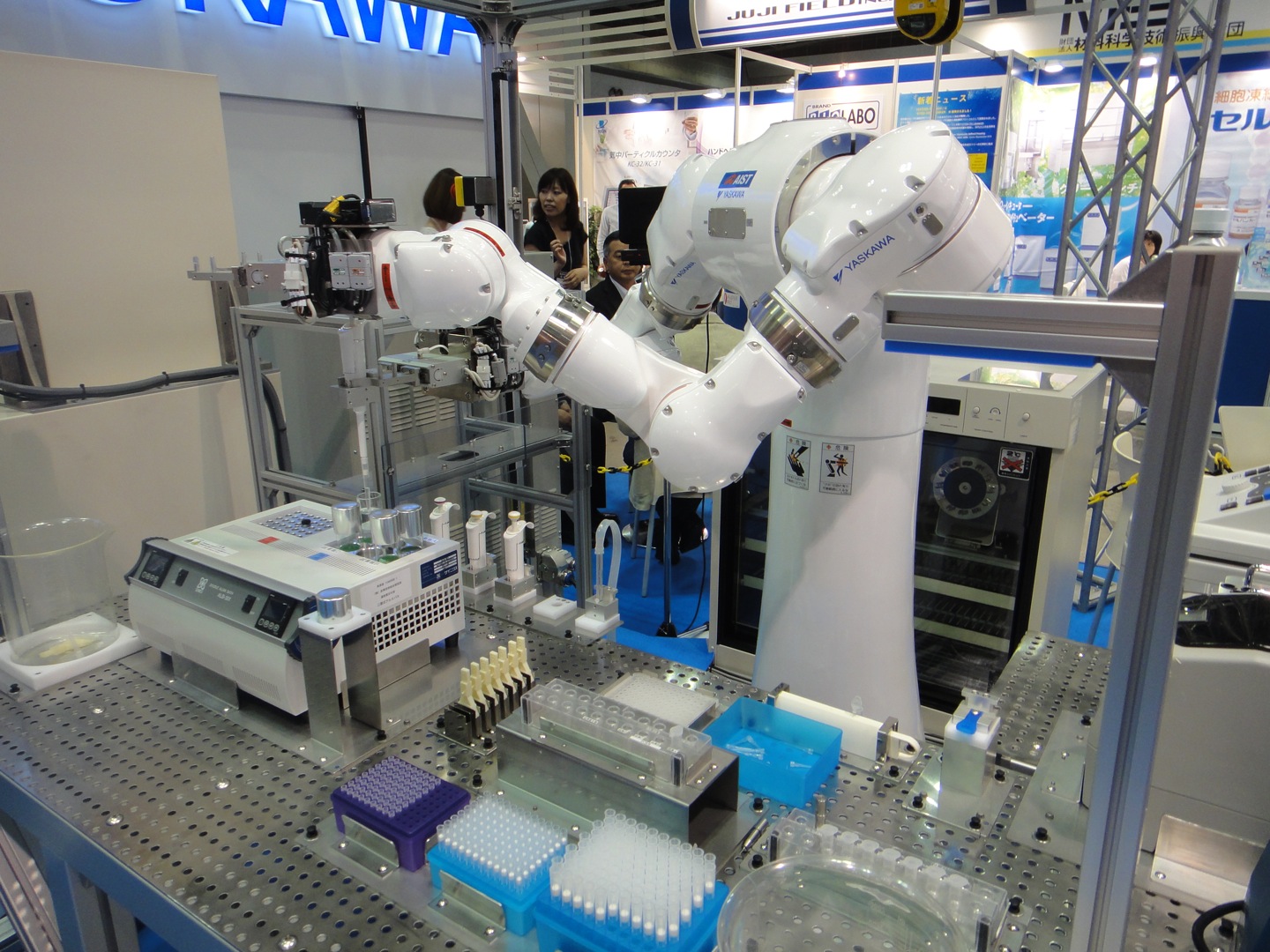 Mahoro, co-developed by AIST and Yaskawa, is a general-purpose android for automating lab work that previously had to be done manually.

The robot can do tasks, such as dispensing and culturing, faster and more precisely than people. So, it can do clinical tests and work with biohazards efficiently.

“For example, to develop influenza drugs, we do infection trials every day, using virulent strains of influenza. This work is very hazardous, so it should be done by robots. We also have to do lots of tests with radioactive materials. Those should also be done by robots.”

“We’ve tried various robot systems. But if we build special-purpose robots, when we modify trial procedures or switch to different projects, those robots become useless. Also, developing robots is very time-consuming. So, we wanted to develop a robot that can do what people do, using the same tools people use. That’s why we’ve developed Mahoro.”

When work precision in genetic amplification trials was compared between Mahoro and people, Mahoro’s precision was better than that of veteran technicians. Mahoro also did the work in half the time.

“Mahoro’s arm has seven joints. Factory automation robots only have up to six. In factories, a hand can usually be positioned freely using six joints. But with a seventh axis, elbow motion can be reproduced. That enables the robot to move like this.”

Previously, to teach a robot with this many joints, a huge amount of programming was required. But Mahoro can be taught easily, in a virtual space on a computer.

“First of all, we use a 3D scanner, to capture 3D CAD data for all the tools we want to use. When we input that to the computer, we create a virtual bench and a virtual robot. For example, if we want to take a tube to this hand position, all we need to do is click in that direction, and the robot’s hand will go there. We also do collision simulations. Of course, we can freely change how various tools are arranged. So on the computer, we can simulate the best places to put them, and create movements. To do that, we don’t even need to put numbers into the advanced programming technology.”

Mahoro is sold by Nikkyo Technos, and it’s already being used at pharmaceutical companies and universities. From now on, the company wants to further enhance the safety of the robot, so it can work in coordination with people.