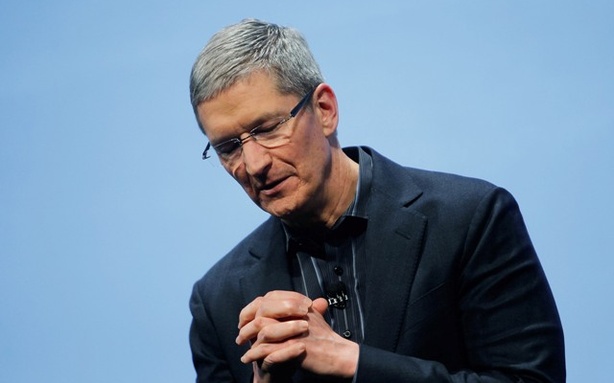 Mapgate Is Over. Apple Won. Customers Won. Google, Not So Much. In a single succinct, sincere, and brilliant note, Tim Cook has put Apple’s Maps fiasco to bed. It was a beautiful thing. He offered a clear assessment of the problem (“we fell short”), and took full responsibility for it. He put forward a heartfelt apology (“we are extremely sorry”), and gave customers an easy, pretty-good short-term solution to the problem—they could get one of many rival maps apps from the App Store. Finally, not only did he explain how Apple will handle the situation—Maps would improve as more people use it—but he staked Apple’s brand on the promise that it would get better: “We know that you expect [the best] from us, and we will keep working non-stop until Maps lives up to the same incredibly high standard.”

There was no better way for Apple to have handled this royal screw-up. I was not expecting it. I’d grown used to another, more aloof Apple, the sort of company that apologizes as a last resort, and even then makes you feel bad for it. In other words, I’d grown used to Steve Jobs’ Apple. This note illustrates that Tim Cook’s Apple is a more clear-eyed, pragmatic, and—not that it’s important, but it’s not nothing—a nicer place.

As has been amply documented, Apple was in a long-term pickle with maps. It signed on with Google without really thinking about the consequences. Apple, according to the New York Times, wasn’t even planning to build a maps app until a few weeks before the iPhone’s unveiling in 2007. Ever since, it has had to figure out a way to extricate itself from an increasingly troubled relationship with a firm that had grown into its fiercest rival.

It could have—and should have—pulled off this launch better. The best thing would have been a soft launch: Apple could have offered its own maps as an App Store download, while keeping Google’s Maps the default service for another year. In that time, millions of people would have tried out the new app and reported its flaws. Then, in iOS 7, after Apple ironed out the issues, it could have made the new app to prime time.

That would have been ideal. But what actually happened is the second-best outcome. In the short run, the terrible Maps app is going to hurt Apple’s brand, deepening the perception that it just can’t build decent Internet services. But I have a hard time believing it will affect what’s most important to Apple—iPhone sales. Perhaps there are some people in the world who will delay or decide against buying the iPhone 5 because of Maps. But demand for the iPhone is still far greater than supply, and it seems likely to continue that way for several weeks (by which time we may have a Google Maps app). The important question is whether there are enough people who will put off buying the iPhone to materially affect demand—to bring demand back down below the number of iPhones Apple can make.

That’s hard to believe. Objectively, Antennagate was a far bigger problem. Even Jobs admitted that the flaw increased the iPhone’s dropped calls, and of course you couldn’t fix the issue in software. Plus, Apple handled it terribly. The message of Jobs’ press conference was, Hey, we’re no worse than everyone else! But if you don’t believe me, fine, take this free case. And yet there’s no evidence that Antennagate affected sales of the iPhone 4 nor the long-term perception of the iPhone; Apple sold as many as it could make, and it kept doing so.

Given that history, it’s hard to see how this far less troubling problem, one that will ultimately be resolved, can dampen sales. That’s especially true after Cook’s apology. His note is going to clear the media firestorm. Then, as more users find acceptable alternatives to Apple’s broken maps, folks will see that it’s far from a crippling problem, and demand for the iPhone 5 will get back to where it was.

Indeed, for all the attention that Maps got this week, the biggest real problem for the iPhone 5 might be low supply. Apple’s Web store is still reporting three- to four-week shipping delays. Every afternoon this week, I called several Apple retail stores in Northern California to ask if they had any iPhones on hand. None did. At the moment, then, Apple can’t make enough iPhones. That’s not as big a headache as the reverse situation, but it’s not that much better: Low supply and low demand both lead to the same place, low sales.As I pointed out a few weeks ago, to continue with past trends, Apple will need to sell 50 million iPhones over holidays this year. If it can make that many, it can sell that many. But at this point it’s an open question whether it can make that many.

So Mapgate isn’t devastating to Apple. But that’s not the only fall-out here:

Google screwed up, too. News accounts this week suggested that Google was caught off-guard by Apple’s decision to kick it off the iPhone, and that the search giant will take a few more weeks, if not months, to get its iOS maps app ready. When I wondered on Twitter why Google would drag its feet, some people argued that the move was purposeful. Not only did Google want to see Apple squirm, but it may see Apple’s inferior Maps as a selling point for Android.

I really hope that’s not what Google is thinking. If it had its own iOS Maps app ready for launch, it could have become the default alternative mapping service for millions of iPhone users—which is much more important for Google’s long-term future than selling a few more Android devices. Remember, Google is a Web company, a firm that makes money through ad-supported, high-volume online services: Its mission and future success depends on its software being available on every computing platform, especially on the major mobile platforms.

The iPhone, not Android, is Google’s most important mobile platform. The company has admitted that it makes more in ads on the iPhone than it does on Android devices. When Asymco’s Horace Dediu tried to estimate the difference, he came up with a vast gulf—Google makes about $6 annually on each iPhone, compared to less than $2 for each Android, Dediu says.

Apple’s determination to remove Google services from the iPhone—while at the same time cozying up to Google’s social-networking rivals—is a clear threat to Google’s long-term mobile ad business. But Apple’s Maps mistake was a chance to prove to iPhone users why they should trust Google with Web services. If its app was ready, Google could have earned a permanent spot on every new iPhone sold this year. Google blew that chance. Imagine how many iPhone users are now downloading…Bing!

This is ultimately a win for users. The best thing about Tim Cook’s note is the part where he lists alternative maps apps for the iPhone. Sure, he had no choice, but this may be an unprecedented thing for Apple: Can you recall the company ever telling people that something it made isn’t as good as something made by others?

As Hamish McKenzie points out, Apple’s push into mapping will drive further innovation in the entire industry. Google keeps improving its mapping, and when it does release an iOS app, Apple will be forced to approve it. But now that iPhone users know they have a choice in where to get mapping, even Google won’t be assured success. Now we can decide between Apple, Bing, Google, Mapquest, and a host of start-ups. All the competition will fuel further investment in maps—in the same way that all browsers got better after Google began building Chrome, all mapping will get better now that Apple has decided to take on cartography.

And if iPhone users see that there are other map apps in the App Store, what other “core” apps will they try? Chrome instead of Safari? Kindle instead of iBooks? We’ll see. For now, what matters is that Apple has affirmed something that is in the best interest of users: Choice.