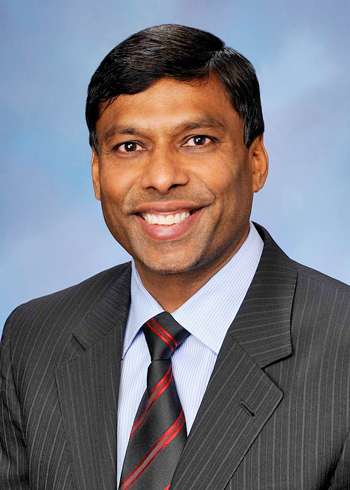 Meet The CEO Who Employs Entrepreneurs and Not Employees

If you were the founder of a $150 million revenue IT business with a cushy market position, it would be tempting to kick back and enjoy your success.

Not for Naveen Jain, founder and CEO of US firm Intelius, who is so keen on driving innovation in his business that he says he hires entrepreneurs rather than employees and lavishes money on staff who come up with the best ideas.

As founder and CEO of Intelius (and its parent company inome) Naveen Jain presides over a successful information commerce company with about $150 million in revenues. Over one million people land on its site to search through some 20 billion records daily. (You know it if you’ve ever tried a Google search on a person’s name and out pops a “Find People Named…” result.) Despite the comfy market position, Jain’s eager to keep iterating and improving technology in order to remain a leader.

Jain has stumped up for a $100,000 jackpot for the best new internal innovation, naming the scheme the X Prize. He claims last year’s winner has resulted in a tenfold return on investment.

“We know that innovation indeed drives growth,” Jain tells Fast Company. “If you look at successful technology companies over time, the common denominator between them all is they continually innovate.”

Jain says he knew the quality of the submissions would be “significant” so he wanted to make sure the cash prizes measured up. That’s how he came up with a total $100,000 jackpot which he divvies up like so: the first place winner receives $50,000, the second receives $20,000, the third place $10,000 and the remaining $20,000 is split equally among ten other prize recipients.

Jain’s been vocal about his approach to hiring entrepreneurs rather than employees, so he says there should be no surprise that innovators exist at every level of inome’s companies. “Employees are the eyes and ears of the customer and are exceptionally understanding of the market and competitive landscape. The trick is to identify ways to find these employees and unleash their innovative spirits, to create the disruptive ideas that will bring their companies to the next level.”

Are you a similar CEO? Would your rather prefer to employ someone who has had some entrepreneurial experience?