Gary Kovacs, who has been CEO of Mozilla for just over two years, will be stepping down later this year, the company announced this morning to employees.

Mozilla said it will be searching for a new leader immediately to replace Kovacs, who will remain on the board of Mozilla.

“After three years of a lot of change to move the organization faster forward, I wanted to move back to something more commercial,” said Kovacs in an interview yesterday, in which he outlined the many changes made at Mozilla since he arrived, including adding staff, opening global offices and, most of all, doubling down in mobile. “It is really a different Mozilla.”

Kovacs had a strong mobile background and was brought in to spur Mozilla’s move to a key arena with the development of its Firefox OS, a mobile operating system.

Kovacs has also been striking a lot of commercial partnerships, such as a recent software project with Samsung to build a new browser engine for Android and the ARM architecture called Servo, which will be written in Mozilla’s new Rust programming language.

Here is the memo he sent out:

When I first joined Mozilla in 2010, it was clear that the Web was at a turning point. Competition on desktop was more intense than ever, smartphone adoption was on fire, and new challenges to openness were developing in both areas of these converging worlds. We needed to move faster, pivot hard to mobile, and scale globally. And we needed to change how we operated if we were to lead the Web through these market transitions. It was this challenge that lured me to Mozilla back in 2010, and it was this challenged that kept me engaged ever since. I just knew that if we focused our energies and executed with the passion and urgency that defined us, we would do amazing things together.

And we have! This period has been an incredible time of growth for Mozilla, and for me personally. I couldn’t be more proud of the work we have done — on desktop, on mobile, and in advancing our mission to empower the next 2 Billion Web citizens coming on line for the first time. The project today is led by experienced teams, set on a strong foundation financially and operationally, and with a clear path to the future.

It is my confidence in this team that makes this the right time for me to move on to the next phase of my personal journey. Today, I am announcing that I will be stepping down as CEO of Mozilla later this year. I am committed to continue through the search for a new CEO and to ensure that we do not miss a beat in the process. Following this, I will stay on as an active member of Mozilla’s board of directors — so I am staying within the family to help as much as I can.

So, what next? In 2010, when I told my father I was joining Mozilla, he said “Son, you don’t know anything about cheese.” (he has a strong accent). Last year, after he learned more about us, and our mission, (including how to correctly pronounce our name), he simply said: “Wow, the work you are doing is critical to the world. “lease keep going!” And today, I simply pass along that message: Please keep going! We have momentum, we have a great vision and mission, and we have tremendous support from all of our partners and users for what we are doing. We cannot let up — not for one second! Stay focused, keep going, and keep rocking the free Web!

The world is expecting nothing less! 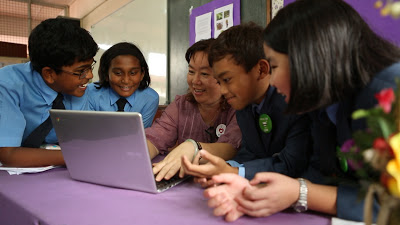 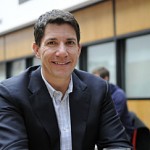