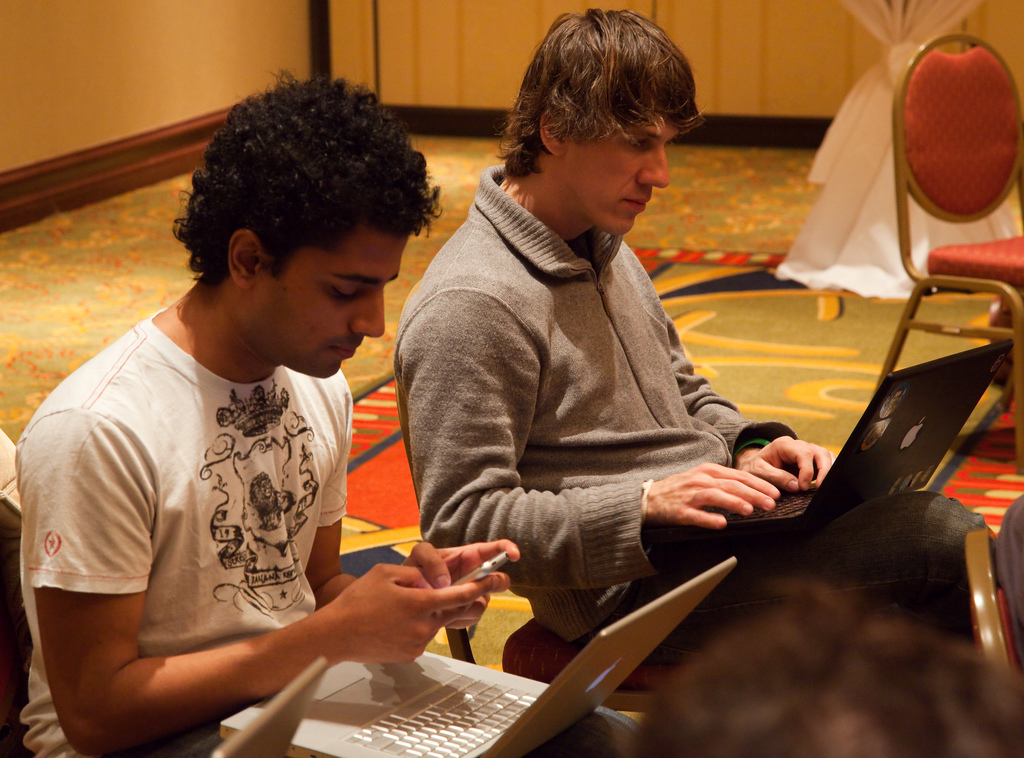 Naveen Selvadurai – On his Exit from FourSquare Naveen talking to Austin Carr from Fast Company seems very uncomfortable and explains why he left the company he still so dearly loves.

“This was my baby,” Selvadurai says, sounding dejected. “To leave everything behind–it was the worst kind of breakup ever.”

Naveen departed Foursquare in early 2012, foreshadowing a tumultuous year for the company, as it dealt with funding woes, growing public skepticism, and increasingly hostile media attention. The reason for Selvadurai’s departure has been the subject of much public debate. But now, in his first on-the-record conversation about the exit, Selvadurai finally tells his story.

When Selvadurai first announced that he was leaving Foursquare, on his blog in March 2012, the exit was framed as a natural transition. “I feel I’ve done all I can do and I’m moving on,” he wrote. Crowley wished Selvadurai well on Twitter, but otherwise remained tight-lipped about the departure. When I asked him about Naveen, Crowley would only say his departure was “part of the company maturing,” adding, “Companies go through different stages: People stay for a couple of years, then they want to move on to the next thing. It’s just what happens.”

The tech press, however, saw the episode as a sign of the company’s brewing internal struggles, and reports soon surfaced that Selvadurai’s exit was anything but a mutual decision. As one source close to both parties told me, “Naveen got pushed out and it sucked. But it was a turning point for Dennis as a leader–it was probably the hardest thing he’s ever had to do.”

Though the pair had once shared duties, as the company made more hires, it appears Selvadurai was lost between roles, sources told me. Selvadurai finally confirms: “There was pretty much no other role for me at the company. Beside the CEO, there’s nothing a founder can really stick around to do. You don’t know a lot of these things when you’re starting off.”

Selvadurai is still visibly hurt by it all, like a man not yet over his divorce, and yet he spoke politely, if hesitantly, over dinner this summer. “It was definitely a surprise. I wanted to stay,” Selvadurai says. He’d look away and take long pauses, trying to find the words. “It was definitely some of the most difficult times at the company. I truly feel like an orphan.”

Though he remains a Foursquare shareholder–in fact, he says he still has the majority of his stock–Selvadurai left the board in October. When asked if he’s on good terms with Crowley, Selvadurai only says, “We haven’t talked in a long time, since that last conversation.”

He wouldn’t go into further detail.

It’s important to note that this is not another case of Winklevii-ing, when an ex-cofounder bitterly tries to rewrite history. Selvadurai is not bitter. If anything, he’s hurt. And he’s not necessarily sore–but he is clearly still in pain. In fact, Selvadurai declined to comment on the subject initially, even toeing the same line as Crowley. It’s only after I press him, awkwardly for minutes on end, that he finally opens up about this period in his life. But even then, he resists talking out of turn.

“Life is too short–I want to think positively,” he says. Rather than focus on the past, he wants to think ahead to the future–like his personal API project, which he unveiled in June.

At a conference not long ago, Selvadurai was asked by event organizers how he’d like to be introduced. “They were like, ‘What do you want us to put on your name tag?’ And I was like, ‘I don’t know,'” he recalls. “My story is incomplete.”

Selvadurai still has another leg of his life’s journey to go. And so too does Crowley, who faces his own ongoing challenges, despite navigating this one hurdle with relatively little backlash or drama.