Need a Quick Opinion? There’s An App For That

Does this shirt go with these pants? Is the Galaxy S III a great phone? If you’re looking for a quick opinion on something, there’s now an app for that. Appropriately named “Thumb,” the app lets you ask yes or no questions and get a thumbs up or down from the community.

The app has been around since July 2010 and just launched version 3.0, which revamps the experience and adds a number of new features into the mix.

“Anything you can potentially ask for an opinion of people did it, and that kind of blew us away,” Thumb CEO Dan Kurani told Mashable about the app’s early days. “We thought we were building a utility and we found out when we launched it that it’s very much a social tool that we’re building.”

Thumb users spend an average of 3 hours and 50 minutes on the service each month, with questions getting responses to the double digits in seconds and occasionally hitting the triple digits in just a few minutes. Currently Thumb sees a little more than 1 billion responses to questions each year.

More than just giving something a thumbs up or down, responders can also comment on a post explaining their answer. Version 3.0 of the app opens up a two-way communication when that happens, allowing you as the person asking the question to respond and get further details. So, for instance, if someone told you that your green shirt made you look like a martian, you could respond and ask what color they think might look best.

If you like a particular response you can give the respondent a star thanking them for their advice. Stars are accumulated over time, and allow users to be ranked in their community.

The new version also allows you to save your likes and dislikes to your profile in the app, giving others a quick look at what you’re into and offers more options for sharing your opinion via Facebook, Twitter and SMS.

Thumb 3.0 is available now for iOS, with plans to bring the updated version of the Android app soon. 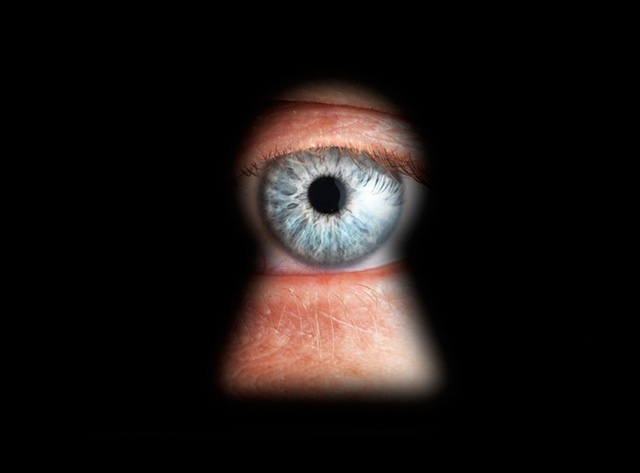 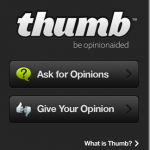 Need a Quick Opinion? There’s An App For That