Reed Hastings’s shareholder letter is filled with interesting nuggets. Here are some of them: 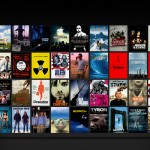