The new iPod nano releases later this month in India. If you are planning to get one, the first thing you’ll want to do after unwrapping your new toy is probably updating its software. Apple has already issued a 1.0.1 software update for the device, just a few days after the shipment began, which introduces compatibility with the latest version of iTunes.

If we think about it, its really an odd update. We are used to getting updates for iTunes which can work properly with the device, and not the other way round. However, it seems that it was more comfortable for the company to release a software for the device opposed to updating its desktop software.

For now, its unclear as to what the update fixes in particular, but you might want to get it installed before attempting to sync your iPod Nano with the iTunes library. You will be prompted to do so as soon as you plug your device to the machine.

Random Question: How many of you are upgrading to the new iPod nano or the new iPod touch? Comment and let us know. 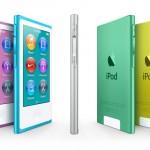