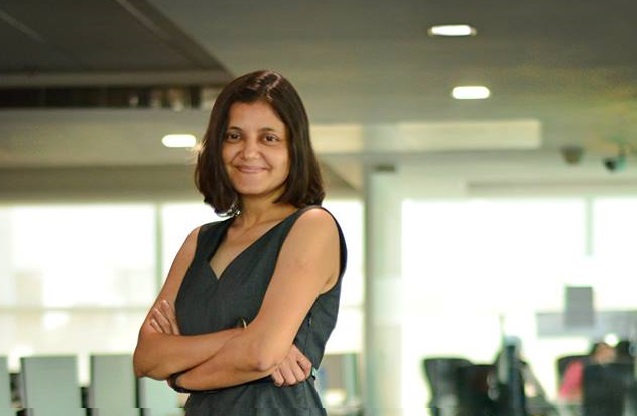 “Nothing can stand in the way of a determined businesswoman!”: Interview with the SHEROES CEO

With a clear message of ‘you are not alone’, SHEROES, a women’s online platform, is reaching out to thousands of women every day. SHEROES Communities for Women is a safe and trusted space, where its members can discuss health, career, relationships, and share their life stories, achievements, and moments.

Sairee Chahal, the founder and CEO of SHEROES, told The Tech Panda that women and their dreams were Chahal’s inspiration behind SHEROES.

“Over the years, I’ve met hundreds of women and realized they have many, many dreams, pursuing one’s passion, entrepreneurship, wanting to be financially independent, traveling the world, and having better personal relationships, to name a few,” she says.

However, Chahal also realized the huge gap that existed for a majority of women when it came to equal access and fulfilling aspirations. So SHEROES was born as a platform to create access to constructive engagement, conversations, and visibility for women and their initiatives. As Chahal says, “It’s a space that’s giving wings to diverse aspirations.”

Chahal describes SHEROES as a safe, high-trust, high-empathy, women-only space, where community members can have unfiltered social conversations with other members. They can seek out mentors and advice and create visibility for themselves and their ventures.

“From scratch, we’ve built an ecosystem that supports women in fueling their own self growth,” she says.

Members of SHEROES can access this ecosystem via Sheroes.com and the SHEROES app. Among the various elements of the ecosystem, the SHEROES team has built over 30 plus communities, Career Guidance and Health and Relationships being core ones. Other buzzing communities are travel, aspiring writers, and English Winglish, a space where members can learn English at their own pace. Others with growing conversations are teachers, women techies, Maths, and entrepreneurship communities. 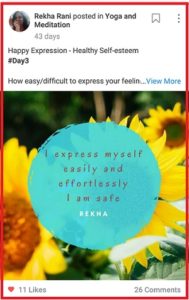 Within these communities, SHEROES also hosts video masterclasses and community chats with domain experts and leaders, fun challenges, and campaigns. Members can access all of it from a smartphone from any location. “These have proven effective ways for SHEROES members to learn and invest in themselves,” Chahal explains.

The SHEROES app also has a one-on-one counselling helpline, which is one of the most responsive helplines in the country, with over 10,000 women talking to SHEROES counsellors every month. “I call it a deep listening service, because the ability to be heard and understood is very affirming,” says Chahal.

In addition, SHEROES enterprise customers can avail a range of products including Brand Solutions, SHE – prevention of sexual harassment at work platform and a Managed Remote Solutions program.

SHEROES also hosts the #SHEROESSummit, a multi-city annual event, #SHEROESHours, which is the company’s initiative to engage corporate women, and the #TheSHIFT Series. With these events SHEROES is changing the gender narrative across geographies.

“I’m a small-town girl and an entrepreneur at heart,” says Chahal, whose career has revolved around being an entrepreneur since college. Along the way, she has dabbled in other professions like journalism and consulting, which have helped her learn and expand her horizons.

“In the last decade or so, I’ve been obsessed with how technology can play a role in addressing gender disparity, an issue close to my heart,” she adds.

Growing up, Chahal says, her mother, a homemaker, was a major role model in her life. Her mother’s leadership influenced Chahal’s choices and attitude in a big way. “She imbibes the signature SHEROES take-charge spirit,” she says.

According to Chahal, so far, over one million women have directly benefited from SHEROES. The SHEROES team is looking to get a 100 million women on their roadmap of growth in the next five years.

As a woman entrepreneur, Chahal had some problem finding the right team members, aligning with investors who understood their vision, and scaling to the next level. However, they met these challenges and have found their footing to a large extent.

“Since we are building a revolutionary product, there are no existing models we can learn from. We are carving our own niche, and there is a risk, but the impact we have created and continue to create, is a reward in itself,” she says.

A believer in support networks, Chahal has built a strong one for herself, which includes her mentors, peers, family, and friends. “If you need help, reach out. There’s always someone ready to work with you to get the answers,” she says.

Chahal notes that as a society, India is more open to entrepreneurship as a vocation for women than even a decade back. She thinks India is on the right track when it comes to encouraging and supporting women entrepreneurs.

“There is never a better time in India to be a woman entrepreneur, both in terms of circumstances and mind-sets. The idea of “secure” jobs is a myth, today,” she notes.

“Yes, the bro-codes still exist, but financial support and mentorship-based opportunities are available for women entrepreneurs at various levels of the chain, micro-entrepreneurs, tech startups, social enterprises, etc. My advice is, build a business with a strong business model, cultivate your own support system, and keep learning and creating value for your consumers. Nothing can stand in the way of a determined businesswoman!” she adds with enthusiasm.

Recently, SHEROES hosted a survey on their app to understand the challenges faced by women entrepreneurs. According to the results, 35% of women said “responsibilities on the personal front” are stopping them from starting out on their own. 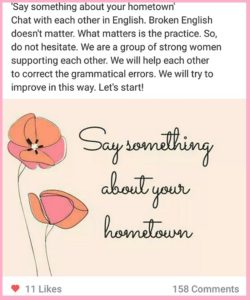 Also, the SHEROES one-on-one counselling chat helpline on the app is open to women who want to discuss how to navigate entrepreneurship challenges. “Our members use it actively and I encourage more and more women to seek support and follow their dreams,” Chahal says.