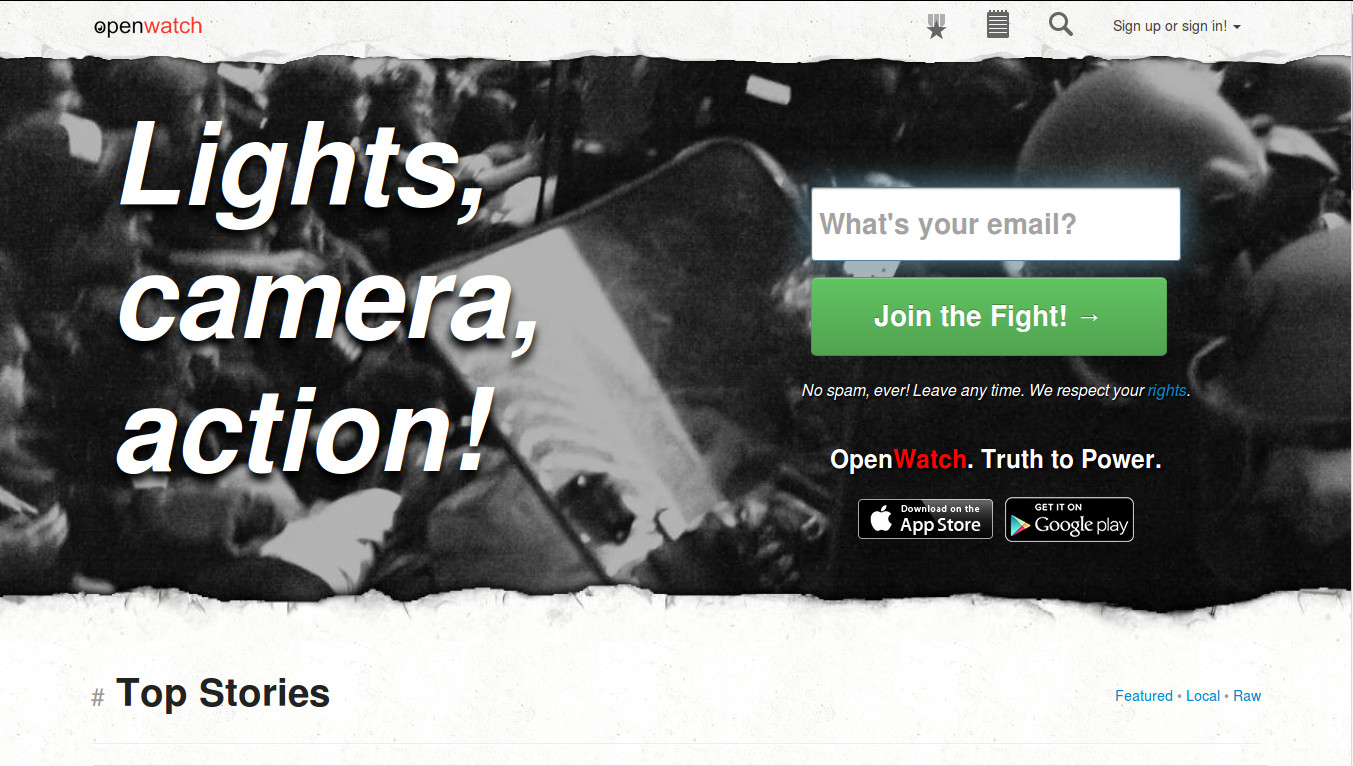 OpenWatch is an investigative news platform open to all global citizens.

The purpose of OpenWatch is to create a global network of video reporters and investigators who can expose important issues around the world, co-founder and CEO Rich Jones tells us. The appeal of OpenWatch is especially apparent overseas in countries where the press isn’t free.

“We still have a semblance of a free press [in the U.S.],” Jones said. ”This project has serious international implications. I really do believe that mobile tech and network tech has a huge opportunity for creating a public free press for countries that didn’t have that opportunity before.”

He added that although Android adoption overseas is taking off, those without smartphones can call an OpenWatch line and use the phone as a voice recorder.

Since the new version of OpenWatch launched one month ago, Jones said thousands have been using the network — NSA PRISM protests generated videos from Atlanta, Boston, and Chicago, for instance.

Multifaceted storytelling provides perspectives that might go untold in a news report written by one person. At the same time, open source journalism means that the facts might be unintentionally skewed, or worse, hijacked as propaganda.

For that, OpenWatch includes full primary sources with all videos so that if a viewer is dissatisfied with the story, he can fact-check it himself. Everything, including phone calls and emails, should be posted and considered on the record.

The OpenWatch platform is also meant as a resource for official news organizations.

“Maybe the New York Times can send someone [abroad], but the Village Voice can’t,” Jones said. “This really lowers the cost of doing that kind of international reporting.”

OpenWatch existed as an open source project for a number of years before the company was officially founded. During that time, the founders also created an application called Cop Recorder, which gave people a platform to secretly film their interactions with police officers and upload those videos. Those were built into a global map of police encounters that spoke to regional trends in police enforcement and civil rights abuses, Jones said.

“I don’t like seeing the current role of media as public relations or propagandist,” Jones said. “There’s not that much that does what journalism is supposed to do, to keep authorities accountable.”