Creating apps on and around twitter may sound like a thing of the past, where we all were just taking our baby steps to understand and run along with the chirping bird. But again the chirpy is no more tiny and in truth it’s an enormous behemoth, making empires modify workflows, striking revolutions and even giving birth to novel noteworthy individuals.

A few geeks planned out to make twitter more commendable, which meant not creating a usual quintessential communicator type for everyone but something the real elite can take in his hands and understand the talk backs of his followers.

PegTweets, is an app created by team 3P eVentures and its targeting a different league so they just don’t tweedle but understand and harness the real value of this unbounded pandemic network.

We got an opportunity to get in conversation with Pavan, From Pegtweets and learn more about this app.

How does Pegtweets stand out from the other twitter apps which most organizations use to engage and increase followers?

Pegtweets is the first twitter client that has an unique feature to interact with the Followers. Presently, the sender of the tweet does not have any means to know the option or get feedback of his Followers. PegTweets fills this gap and provides an easy means to seek the feedback, with a graphical view of the opinions that can be shared through a new tweet, on the facebook or by email.

Who is your target audience? And how does Pegtweets ensure engagement and interaction from followers?

The target users for the app are the high profile and influential tweeters, celebrities, companies etc., with large Following. The PegTweets app will have numerous applications like social interaction, voting, opinion survey, marketing, product feedback etc.

How soon do you plan to launch the app for other mobile platforms? And will Pegtweets have a web version too?

The app is launched on 26th July and within the first month, it reached 600+ users with very limited publicity or promotion. Considering the high usage of twitter on mobile applications, the app is launched on Apple App Store, to be followed with Android version. The web version will be planned based on the app popularity on the mobiles.

Is Pegtweets bootstrapped or have received fundings?

The app is developed with internal resources and funding through personal savings. Based on the future enhancements and funding needs for promotion, we might seek funding.

Tell us about the team behind Pegtweets.

Pegtweets App is owned by 3P eVentures Pvt Ltd. A startup that does micro funding for innovative ideas that are mostly driven by hands-on professionals.

What are your future plans for Pegtweets?

Based on the excellent response in the initial days of launch, we are planning a upgraded version of PegTweets in the next few weeks. The next version will have few more exiting enhancements that will enhance the interaction between the tweeter and his/her Followers. This would be followed by the release of Android Version. The plan is to continue efforts to position PegTweets as niche twitter app and to be among the top 25 social networking apps. 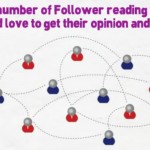