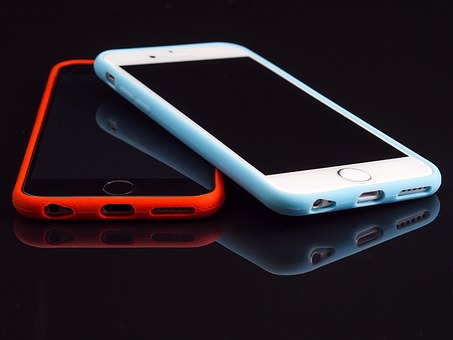 Purchasing Power Goes to the College Student Courtesy of KrazyBee

College students are often in need of some financial help, sometimes to gift loved ones or to buy the objects of their dreams. Sometimes it’s absolutely necessary to buy a laptop or a basic smartphone to keep you in touch with the world. Parents of college-going students are often worried about all the extra expenses involved after hefty sums of tuition fees. This is where KrazyBee steps in and eases such troubles. KrazyBee allows students to buy products from certain sellers by lending them the finance with extremely easy EMIs.

Madhusudan E., founder of KrazyBee, having spent more than 10 years in the Chinese communications technology company Huawei, told Yourstory that he was inspired by an incident in his life to start KrazyBee along with two other colleagues, Karthikeyan K. and Wan Hong. According to Madhusudan, one of his cousins, who had moved to Bengaluru from a small town was in need of a laptop. But like many other such students, he was unable to afford one. His parents too were stumped by the sudden demand since he didn’t have a bank account in Bengaluru. This incident made Madhusudan think about the rising needs of the student population in a tech-savvy era, who are exposed to real world demands on a low budget.

Hence India’s first lending platform for students was conceived and was launched in May 2016. Madhusudan even visited China to study such a platform as practiced by Unicorn Fenqile. Finally, in June of 2016, KrazyBee was able to flutter its wings with a $2 million start, supported by Fenqile and Chinese advertising company YeahMobi.

Ever since, KrazyBee has been expanding, and now has six other lenders with them, including IIFL as well as an NBFC license. KrazyBee makes its profits through the margin on the products it sells on its four product lines, which include electronic gadget loans, the KrazyBee Student Paycard, semester loans, and loans for two-wheelers.

For electronic gadget loans, KrazyBee ties up with electronic retail companies like Amazon and Flipkart earning upto 3 percent in profits on each product sold. Similarly, it ties up with bike dealers in cities like Bengaluru and Pune, earning profits from 2 to 5 percent.

The KrazyBee Student Paycard is the product of a partnership with Yes Bank and Mastercard. It is a virtual wallet with a credit limit that is issued after some assessment. It garners a profit margin of 1 to 2.5 percent on every card issued. With the help of semester loans, KrazyBee ties up with colleges so that students or their parents can pay for a specific semester through demand drafts.

The KrazyBee website is student friendly and explains its mission quite clearly. There is a page that explains the process of buying a product on EMI, starting from signing up, uploading documents, and placing the order. A campus verification is carried out before the loan agreement is signed. After the order is approved, the down payment (a minimal amount that is affordable by the student) is collected. The product is delivered at the consumer’s doorstep. Over 30 million products are available for purchase. According to the website every transaction is protected by 128 bit EV SSL encryption.

KrazyBee has also come up with a blog, which talks about college life, its trials and tribulations, the fun, the aspirations, the trends. There is help for building a resume or fun facts on the latest Bollywood tracks.

KrazyBee seems to understand that a college student’s world has changed in many ways in the past decade, whether it is the need for the use of tech savvy gadgets to keep up with a changing world, or the need for independence in order to take up more responsibility. The market is bombarded with smartphones, DSLR cameras, and tablet computers, and the Indian consumer is fast adapting to e-commerce, with sites like Flipkart, Snapdeal, and Amazon. KrazyBee provides students with a chance to own a product while paying an EMI of as little as a canteen bill for lunch! At the same time, it encourages the youth to take on responsibilities of a loan, preparing them for adult life.