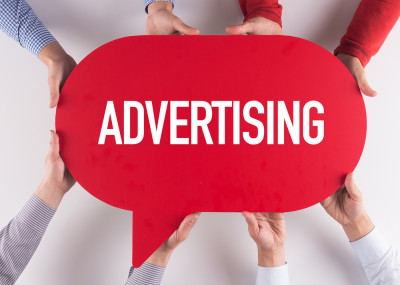 Running a successful Twitter Ad Campaign will see your money, and time, spent as wisely as possible. It’s so easy to create a bad ad campaign that you think will help you grow your business, but instead only helps you throw money out the virtual window!

You need to take the time to create a Twitter Ad Campaign that will be successful. Twitter can’t do it for you, they merely provide the platform. You have to provide the content, and do the research on your audience, all by yourself. Let’s get to work!

The groundwork: Your goals for your Ad Campaign

You’re going to be able to plan your ad campaign the best by looking at your current audience and establishing goals around them. They’ll help you pick out the right Twitter accounts to target, the right Ad Campaign to use, and the right time to do all of this at.

There are three basic kinds of Ad Campaigns, with a fourth in beta:

As you can see, each Ad Campaign is going to give you different results. You need to look at your audience and establish where it is you want it to grow. Here is what you can expect from each one:

Before you start anything, know what it is you want to do. Wanting more followers, but using a Promoted trend, may not get you what you’re after. Use a Promoted account ad instead. Just blindly saying “I want to have a better Twitter account!” will likely get you nowhere at all.

Look closer at your target audience: What do they like?

How you’ll research this is through your Twitter Analytics. Look at your goals from above. Are you:

Let your data guide the content you create based on your goals. It doesn’t matter how much you spend on your Ad Campaign, everything on Twitter comes down to creating the right content.

Reach viral numbers with a push

You can’t just sit back and expect everything to happen for you. Twitter isn’t going to wave a magic wand and make you successful, you still need to push to make your goals happen. Some ideas to try include:

Every extra push will help you reach viral numbers on Twitter as you spend money on your Ad Campaign. It won’t happen by accident, you have to put in the effort.

General tips to get more shares

On Twitter, this comes down to sharing videos, GIFs, and images, as well as the other basics of learning how to tweet. This visual content always performs better. There’s also all of the information that you can manage to squeeze into an image that won’t fit into those 140 characters. Here’s a perfect example:

The text gives you the links you need, the video shows you how to get what you want. Two ways to share information, and lots of retweets to go with it!

The other way to get more shares during your Twitter Ad Campaign is to give people incentives for sharing or participating. Running a sale or promotion is an easy one, but how about running a sale which requires you to @mention one of your friends? Now you’re using Twitter to its fullest!

Combining this tactic with your Ad Campaign can yield phenomenal results.

A/B test it all day long, and analyse your results when it’s done

No one ever said you had to do one Twitter Ad Campaign and stick with it. You can try different Ad Campaigns for reaching the same goal. You can switch the images for GIFs, or the GIFs for videos. You can vary the calls to action, or the supporting wording. Add hashtags, take away hashtags. You can do A/B/C/D testing if you can track it correctly with all of the variables in play on Twitter.

Why is this important? You always want to find out more about your audience. Big data is a big deal, and each piece of data you gather here will go towards helping you plan future campaigns. Analyzing your data, gathered through your Twitter Analytics and your own click-tracking via URL shorteners, should be a constant task. It’s made all the more important to do this while you’re spending money!

Ernest is the social media analyst on SMMGuide.com where you can read new posts there every single Wednesday with the latest tactics for YouTube, Twitter, Vine, SoundCloud, and more being discussed!