Facebook on Thursday unveiled Gifts, the company’s major initiative into the world of social gift giving and e-commerce.

It’s exactly what it sounds like. Users can choose, mail and pay for real-world, physical gifts — not the lame virtual ones Facebook offered a few years ago — to send to one another, all completely inside of Facebook. They’re tied to the significant event reminders that pop up on occasion — say, a friend’s anniversary, or a birthday. Or even better for Facebook, users can also just buy gifts for others for the heck of it. It’s a major undertaking for Facebook, tackling an entire new segment of online commerce and adding a brand new revenue stream to its business. And to a degree, we’ve known it was coming for some time — after all, on the same day Facebook went public, it acquired Karma, the social gifting application upon which all of Gifts is based and built.

Perhaps more significant, however, is that users aren’t limited to just the desktop to send and receive gifts; the entire Gifts program is accessible on mobile phones.

“This is truly the heart and soul of Karma, re-imagined inside of Facebook,” Lee Linden, head of Facebook Gifts, told me in an interview. “And it all works perfectly on the phone.”

This is crucial. Since the company first filed for its IPO, we’ve known that Facebook was weak on monetizing mobile. More than half of Facebook’s hundreds of millions of monthly active users access Facebook through a mobile device, signaling a massive shift away from the desktop in just the past few years. But mobile screens aren’t friendly to advertising, which is currently Facebook’s primary revenue driver.

Gifts, however, work just as well on Facebook’s apps and mobile Web site as they do on the desktop. Now, along with notes and photos, users can posts Gifts directly to their friends’ Timelines with the addition of a “Gift” button, squarely placed inside of the text box on each profile. The selection of gifts is impressive. Facebook is starting strong, joining with over 100 retail partners at launch, from which users can choose gifts to send to others. The selection covers the expected gift-giving bases: Food and drink, fashion, home and kitchen and, yes, kids. So if you want to send, say, a teddy bear to your mom for her birthday, Facebook lets you choose from partner Gund’s selection of stuffed animals. What’s more, if your mom doesn’t like the white teddy bear you chose, she can swap it out for a brown one before it’s delivered.

Starbucks is far and away the biggest launch partner. Starbucks cards are the de facto gift for many on practically every occasion, and can come in relatively low-cost increments. My hunch is that Facebook hopes that users ramp up to gifting larger things by starting small, with users sending five-dollar gift cards all across their friend networks to jumpstart the entire Gifts ecosystem.

From there, users can send gifts to their friends, who will then receive a notification via phone and desktop that there is a present waiting. After the gift is received and accepted, the sender receives a notification in return (again, across both platforms).

The individual retailers handle all the shipping, while Facebook’s payments platform — the same one used for Facebook Games — handles the money-changing part.

Another key component of the process: Just like when you pay for Facebook Games, sending a gift requires that you give Facebook your credit card information. From there on out, Facebook has your credit card on file, streamlining and eliminating friction from the payments process in subsequent transactions. In a nutshell: Buy once, and it’s way easy to buy again. And voila! In a matter of days, expect a package to show up on your friend’s doorstep (complete with a fancy Facebook card personalized by you, pictured above). Facebook’s online system tracks the process from gift selection to payment to delivery, so both gifter and giftee can keep tabs on the status of the package.

Right now, Facebook is rolling out the launch on a small scale before going wider: It’s live in select U.S. cities as of Thursday, and will roll out to more in the coming months. Additionally, it’ll spread virally as its use widens — once a user sends a gift, the giftee can then start sending gifts to others. (Sort of a Google, Gmail-type roll-out.)

Gifts will first be available on Android devices, the mobile Web and of course desktop, with a wider roll-out to iOS devices in a few weeks.

Facebook obviously has lots of competition in the e-commerce space; Amazon and eBay already dominate, not to mention existing gifting apps like Wrapp and Boomerang. But Facebook’s scale, engagement and the prominent placement of the new Gifting option makes the company a strong contender in the area.

And really, while the e-commerce competition is obviously important to consider, Facebook’s really tough nut to crack is still mobile. The company is slowly rolling out new ad products aimed at mobile devices, but it’s far too early to tell whether or not they’ve proven effective. Gifts is another massive stab at the mobile problem, while also hedging its bets by continuing to invest in revenue streams outside of its core advertising business.

Now it’s up to users to decide whether or not they actually feel comfortable buying and giving gifts inside their Facebook pages.

At the very least, naysayers will no longer be able to say that Facebook is ignoring mobile. 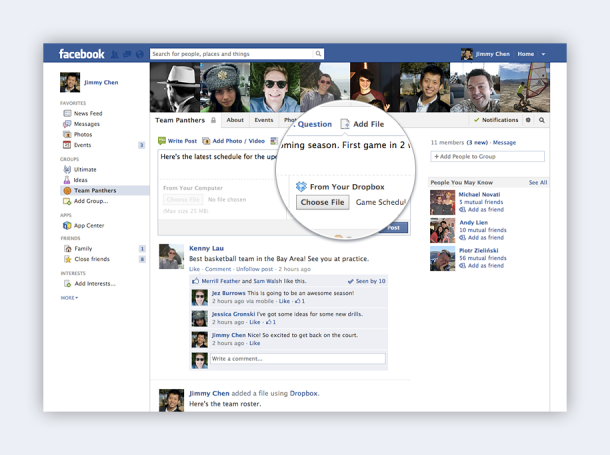 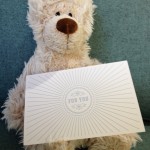