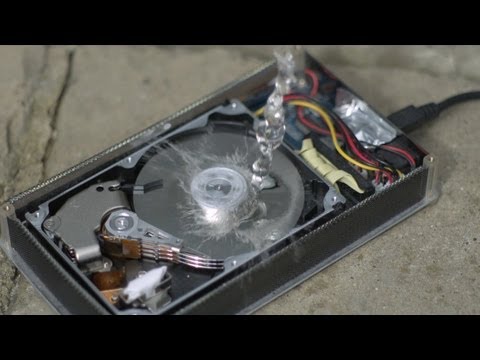 Seagate has announced that it has become the first manufacturer to ship two billion hard disk drives. It took the company nearly 29 years to ship the first billion units, while the second billion has come in just the last four years thanks to the explosive demand for storage from cloud infrastructure, business applications, online video and a wide variety of consumer markets.
In the recent few years, the data consumption rate has increased exponentially. As per analysts estimates, over 4 billion hours of user-generated content is watched each month on YouTube alone. Furthermore, it is expected that user generated video and images are expected to quadruple from 2013 to 2015. All this requires increased storage, and hard disks continue to be the preferred mass storage solutions, and will be for a while.

Commenting on this occasion, Steve Luczo, President, CEO and Chairman of Seagate, said, “This is truly an impressive accomplishment and I am proud to lead this company as we celebrate this success. This achievement is a testament to the commitment of our employees whose relentless dedication and personal pride continue to be the fabric of this company.”

Seagate Central on the other hand, is designed to be the storage hub of your home network. It connects directly to your router via an Ethernet port and also supports USB. This hard disk is expected to come in three storage options – 2TB, 3TB and 4TB. The 2TB variant of Seagate Central costs Rs.10,500 (plus taxes) and the 4TB version Rs. 17,700 (plus taxes).

“The ever-growing number of mobile and content capture devices using cloud services is fuelling the growth of digital content,” according to John Rydning, IDC’s research Vice President, for hard drives and semiconductors. “Mobile devices and the cloud are coming together to drive on-going demand for hard disk drives, with shipments reaching more than 585 million units in 2013, and hard disk drive Terabyte shipments worldwide growing at a 30 percent 2012-2016 compound annual growth rate.”

“By 2015 households which today routinely consume 1TB of data a month are expected to generate 20 times the amount of data than they currently save,” said Richard Doherty, Research Director of the Envisioneering Group (a technology research and consulting company). “Consumer’s continued appetites for securely saving and organizing high-definition multimedia requires higher performance and the most trusted and dependable drives. Seagate’s drives and technology roadmap provide the ideal solution for consumer’s soaring need for storage in the home – and away; now, and in the future.”